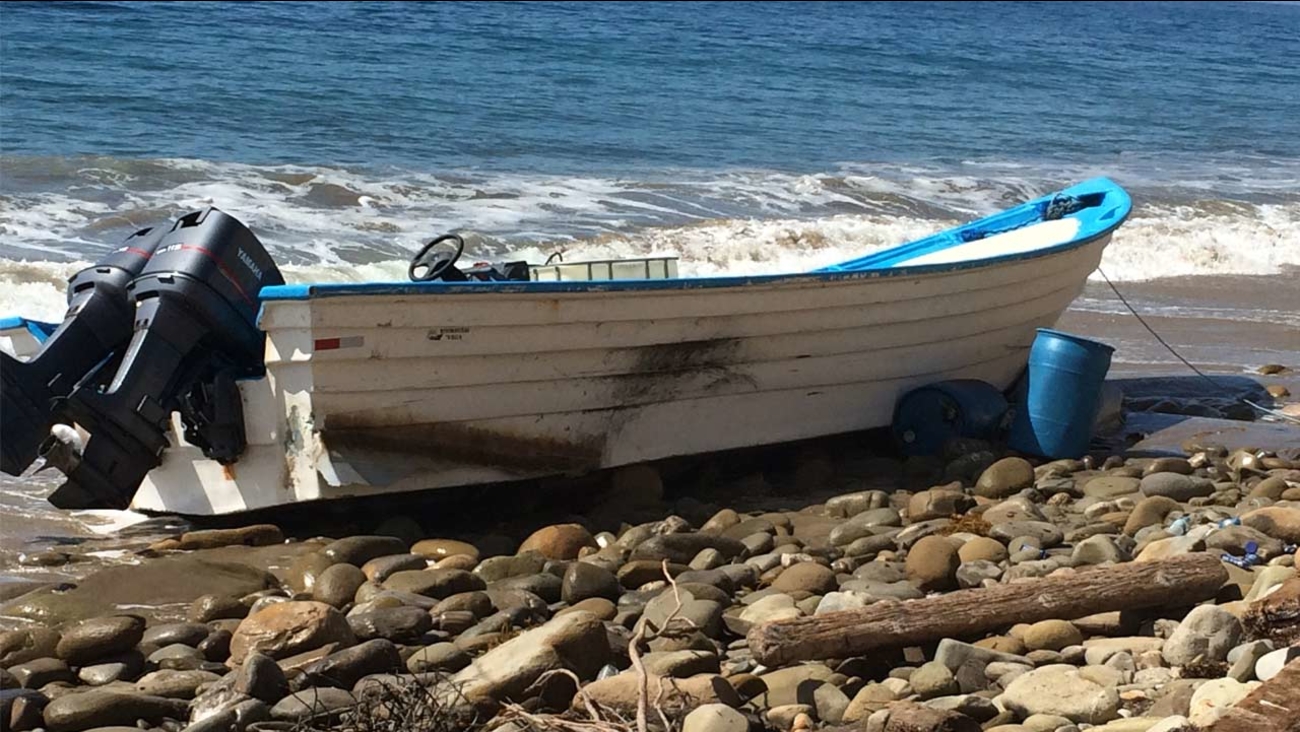 A resident walking his dog on a trail spotted the boat Monday morning at the beach located within Gaviota State Park and alerted authorities. Sheriff's deputies and Coast Guard officials arrived on scene and found a bale of marijuana inside the boat and another bale nearby.

The 30-foot vessel was confirmed to be a twin-engine drug smuggling boat.

Officials also found fuel barrels inside the boat and in the water. Other items belonging to the boat's occupants were found strewn about the area. No one was inside the boat, but two suspects found near the boat were detained.

The two men were taken to the Santa Barbara County Jail and booked on charges of being under the influence of a controlled substance, and the possession, transportation and sales of marijuana.