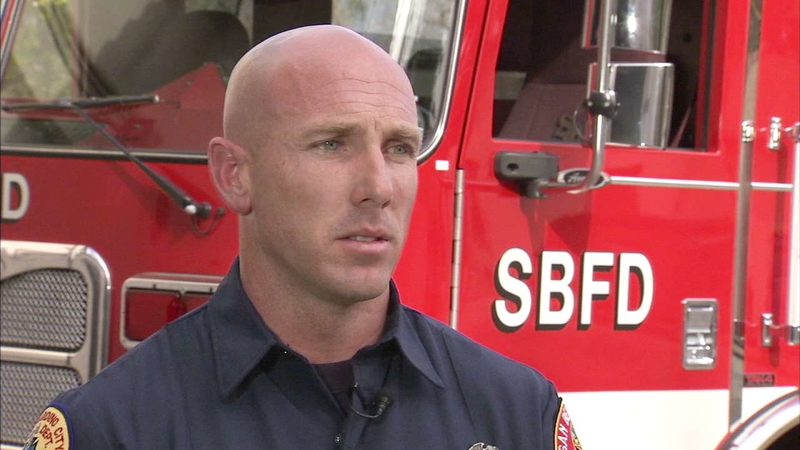 SAN BERNARDINO, Calif. (KABC) -- A week after the deadly terror attack in San Bernardino, the first SWAT paramedic on scene of the massacre spoke out about the tragedy.

Ryan Starling, who works for San Bernardino City Fire, didn't have to pull on his tactical gear when the first report of an active shooter came across emergency radios last Wednesday because he was already wearing it.

"It was kind of ironic. Fate, whatever you'll call it. We were training on active shooter that day," said Starling.

Starling happened to be training with the SWAT team.

It took ten minutes to get to the Inland Regional Center. Starling said as soon as they arrived on scene, they wasted no time and headed inside.

"It was horrific, everything that was going on. It was like nothing I've ever seen before," he said.

As a SWAT tactical medic, his training took over, and he got to work triaging the victims.

Ironically, it was just a year ago in the very same conference room where some of the victims had undergone training for the very scenario playing out.

First responders from across the Inland Empire worked as a team and quickly evacuated the injured and got others in the building to safety.