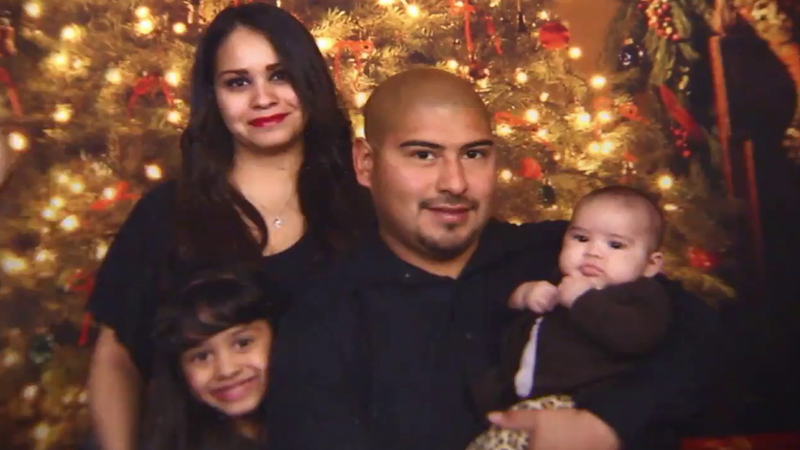 NORWALK, Calif. (KABC) -- A black party bus struck a 26-year-old man and dragged him more than 200 feet, then fled the scene early Saturday morning in Norwalk.

The victim, identified by family as Efren Virgen, was walking home on Fairford Avenue south of Ratliffe Street when the bus struck him at about 2:30 a.m. He suffered major injuries and was in intensive care at a hospital.

A witness told Los Angeles County sheriff's deputies that he pulled over to let the party bus through, which then struck Virgen. As the bus drove off, turning westbound on Foster Road, he saw the neon lights flashing and music still playing inside.

"From the evidence at the scene, it would be pretty obvious that the bus driver had to know something was going on. He swerved to attempt to avoid the pedestrian, but hit the pedestrian. He probably saw him and just couldn't avoid him," said Det. Carl Anna, who noted the area is not known for having collisions.

It was unclear if Virgen was in a crosswalk.

Virgen worked in trash collection for Long Beach city. He has two young daughters - 2 and 7.

"Her asking these questions, it's like what can I respond to a 7-year-old who doesn't really know. All she knows is that her Daddy's hurt and he's in the hospital," the victim's brother Samuel Virgen said.

Anyone who has information about this incident is asked to call the Los Angeles County Sheriff's Norwalk Station at (562) 863-8711.