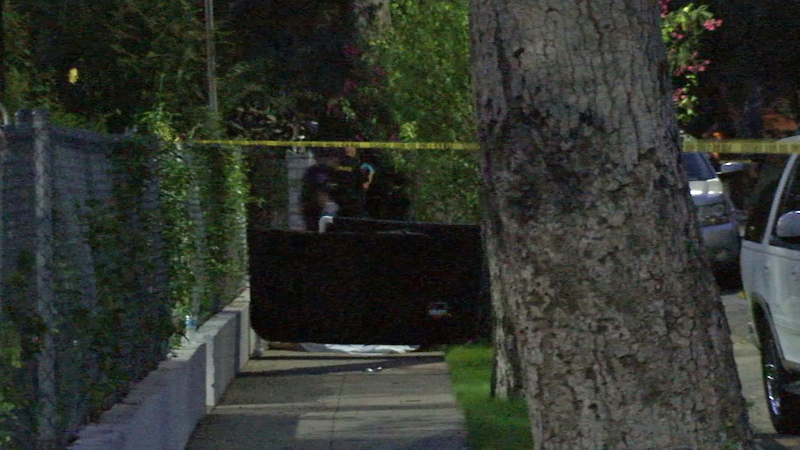 PASADENA, Calif. (KABC) -- The L.A. County Coroner has identified two of three people killed in a shooting in Pasadena.

Maria Teresa Aguiar, 59, and Luis Aguiar, 91, died Saturday. A Good Samaritan in his 20s was also killed, but his name has not yet been released. Two other people, including one woman, were injured.

Members of the First AME Church in Pasadena held hands in front of the house Sunday where the shootings took place and prayed for the victims, families and community.

"I thought it was fitting to not just preach it but to live it, to come out here and to go deeper into our community by standing against this grave act of violence," Reverend Nikia Robert said.

The violence broke out around 4:20 p.m. when Pasadena police responded to a shots fired call in the 1700 block of Summit Avenue. When they arrived, 35-year-old John Izeal Smith opened fire on officers, police said. Officers took cover behind their vehicles.

According to Pasadena police Chief Phillip Sanchez, Smith was armed with a semiautomatic rifle. He chased two women who ran out of a home, killing one and wounding the other.

"That is a deliberate act, apparently it's cowardly," Sanchez said. "He used a firearm to kill individuals who weren't armed and couldn't defend themselves. They had to run, literally, for their lives."

Investigators said Smith was a renter and was having a dispute with his landlord. He barricaded himself in a home at Summit Avenue and Penn Street. He was taken into custody after a 911 dispatcher and a crisis negotiator convinced him to surrender over the phone.

The body of the man in his 70s was found inside a home. Aguiar and the Good Samaritan were gunned down in the street.

Smith was booked at Pasadena city jail on murder charges. 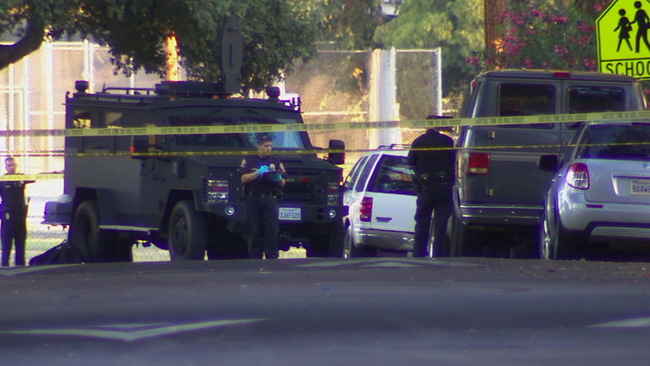