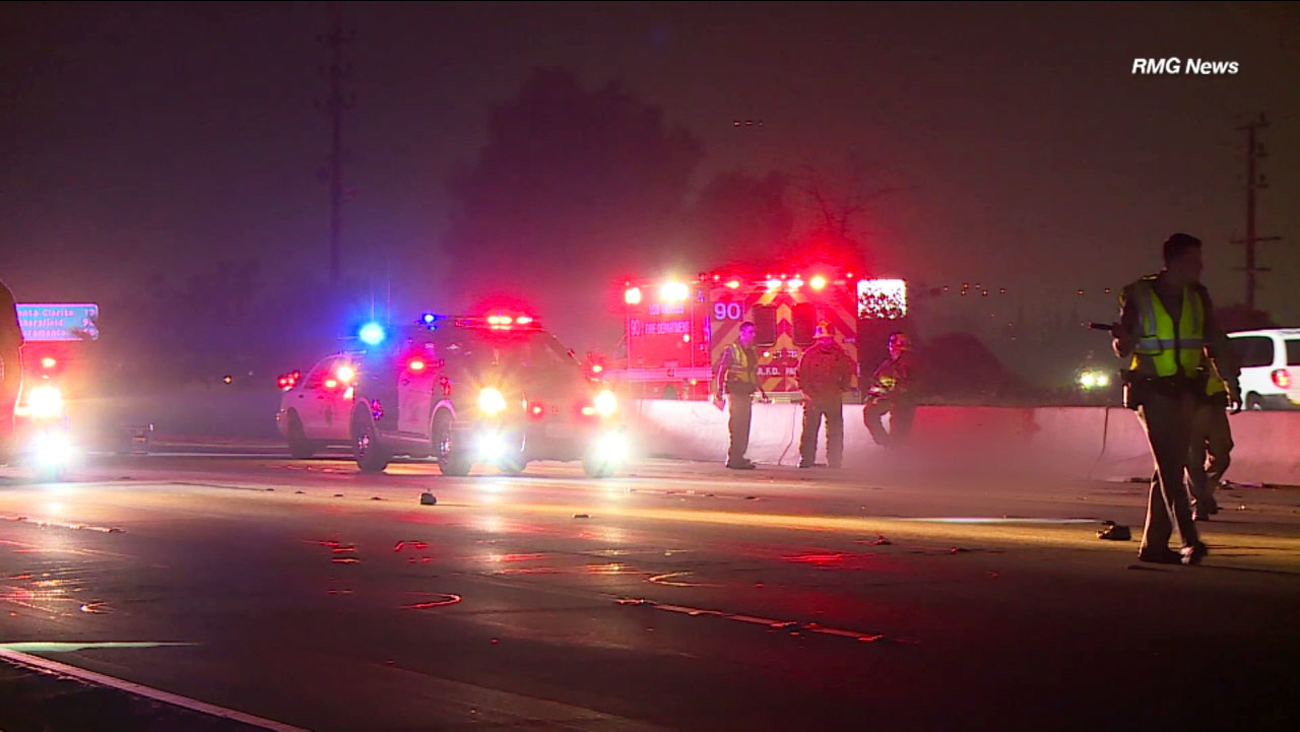 A scene on the 405 Freeway in North Hills where a person was fatally struck on Saturday, March 17, 2017.

NORTH HILLS, LOS ANGELES (KABC) -- A pedestrian on the 405 Freeway in North Hills was struck and killed Saturday night, which temporarily shut down all southbound lanes.

The incident was reported about 11:30 p.m. near the 405 South's Roscoe Boulevard exit.

California Highway Patrol officials said a truck hit a pedestrian, and it was unclear why or how long the unidentified victim was on the freeway before the crash.

At about midnight, all lanes were shut down for about two hours at Roscoe Boulevard as officials investigated the scene.