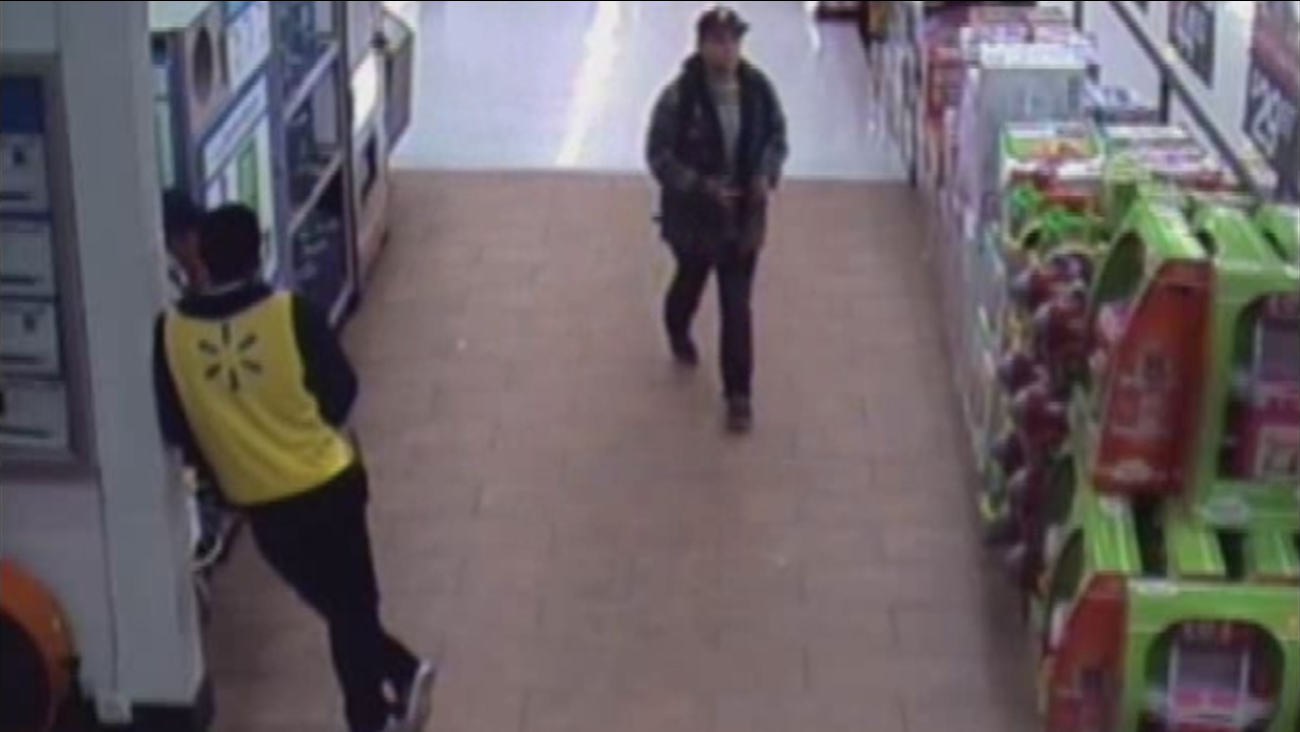 A screenshot from a surveillance video shows a person of interest in the fatal stabbing of a man found outside a Santa Ana Wal-Mart Sunday, Dec. 18, 2016, authorities said. (Santa Ana Police Department)

SANTA ANA, Calif. (KABC) -- A person of interest was being sought Thursday in connection with the death of a man who was found stabbed last month outside a Wal-Mart in Santa Ana, authorities said.

The victim, 41-year-old Dennis Quan Tran of Westminster, was discovered by a security guard about 2:45 a.m. Dec. 18 in a loading area behind the store in the 3600 block of McFadden Avenue, the Santa Ana Police Department said.

The agency on Thursday released surveillance video that showed the person being sought in the homicide. The footage appears to show a male, wearing a baseball cap, dark pants and a coat, walking through a store.

Tran was suffering from multiple stab wounds when he was found by the Wal-Mart employee, according to authorities. He died after being transported to UC Irvine Medical Center and undergoing emergency surgery.

The motive for the killing was unknown, investigators said.