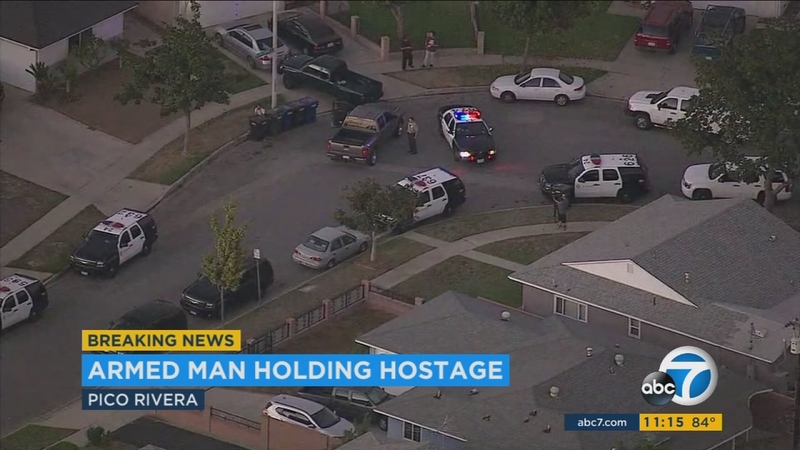 Pico Rivera man with rifle in standoff for nearly 24 hours

PICO RIVERA, Calif. (KABC) -- A man with a rifle fired at SWAT units before he was taken into custody following a standoff situation that lasted over 24 hours in Pico Rivera.

The Los Angeles County Sheriff's Department said they responded to a call for an assault with a deadly weapon in the 8800 block of Dalewood Avenue near Claymore Street at around noon on Sunday.

Deputies said the incident started as a dispute between neighbors, as a neighbor said the 31-year-old suspect pointed a rifle at him.

The man barricaded himself inside the home and would not allow his 55-year-old mother to leave, according to officials.

Authorities later said it was unknown if the suspect's mother was being held against her will or if she was staying in the house by choice.

The woman and a dog came out of the house around 8 a.m. Monday, though it was unclear what circumstances led to her exiting the home.

Authorities stated the man could have multiple guns on him. The suspect was spotted peering through a window multiple times.
The sheriff's department's SWAT team responded to the scene, and negotiators were also at the scene attempting to convince the man to surrender.

The suspect was not cooperating and even fired at SWAT officers at one point, but no officials were reported injured.

Finally around 1 p.m., LASD's Special Enforcement Bureau tweeted that the suspect was safely in custody.