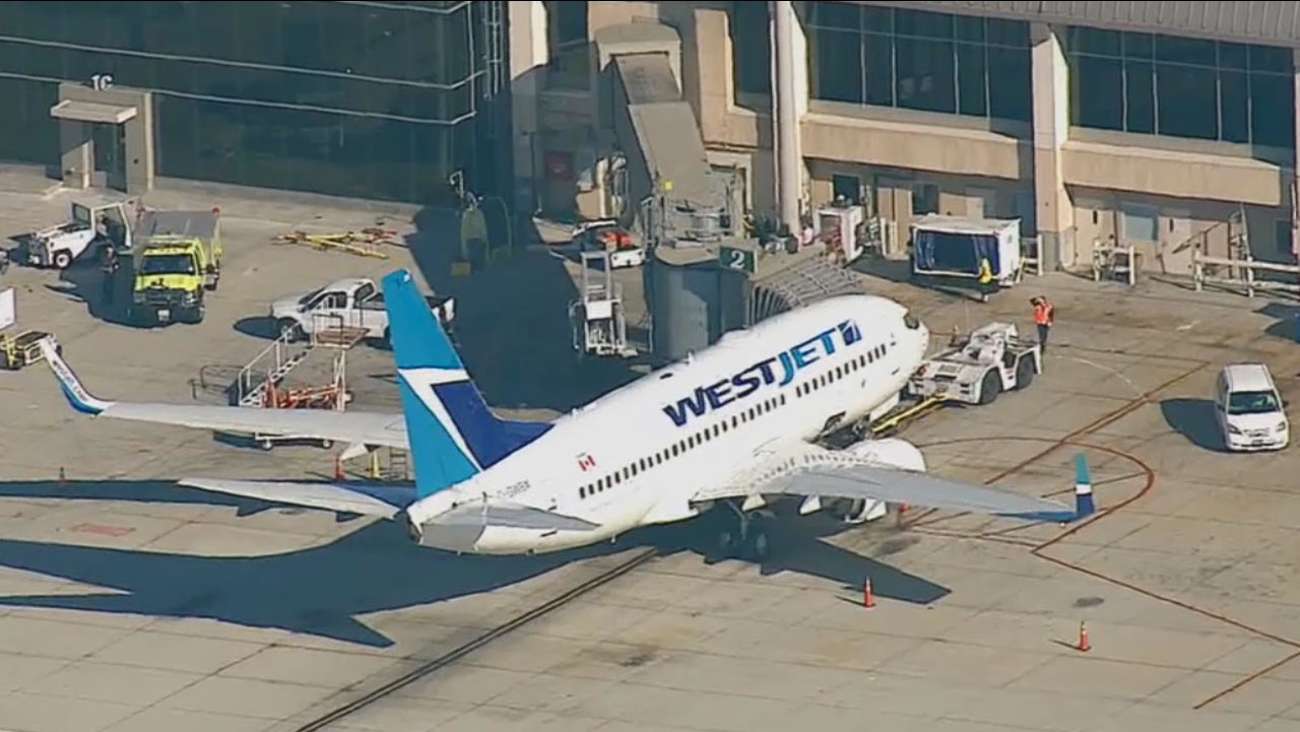 A chartered WestJet plane carrying a 2-year-old with meningitis on board was quarantined at John Wayne Airport in Orange County on Friday afternoon, Oct. 24, 2014.

The plane was quarantined due to an initial fear that the child was infected with meningitis. Passengers were eventually released and the child was hospitalized.

Children's Hospital of Orange County confirmed Friday evening that the girl does not have meningitis.

An airport spokesman said the plane was located near Gate 2, and the passengers on the flight were participating in a voluntary quarantine.

The quarantined passengers were on board a WestJet plane, according to the Orange County Fire Authority. The passengers on the flight from Vancouver were in the process of being released from the airport at about 3:15 p.m., according to an airport spokesperson. The plane was carrying 125 passengers.

The girl, who was traveling with her parents, was feeling ill and had a fever. The child was transported to Children's Hospital of Orange County with a paramedic escort. The hospital tested the girl for meningitis, according to the OCFA.

It was originally reported that the plane was chartered; the plane is a regular 737 commercial flight. The plane was initially held on the tarmac for 20 minutes while the health agency was consulted.

The plane was released back to WestJet and will continue flying, according to the OCFA.