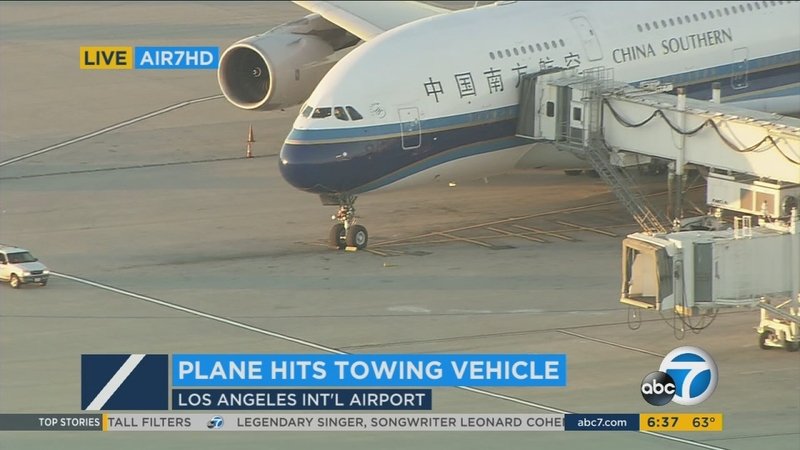 LOS ANGELES (KABC) -- Several flights out of Los Angeles International Airport were delayed or canceled Friday morning after a collision on a taxiway.

A China Southern Airlines plane being towed for departure hit the tug pulling it along at Tom Bradley International Terminal, according to LAX public relations officials. The traffic incident happened around 1:30 a.m.

Passengers said they were stuck on the plane with no air conditioning. The flight was then canceled, along with at least three others headed for Hong Kong, Sydney and Canada.

Three international flights were also delayed because the plane was blocking the taxiway for a few hours as crews cleared the scene, officials said.

The tug operator was being treated for minor injuries, LAX officials said, and was expected to be OK.