Police Killings Up 53 percent This Year 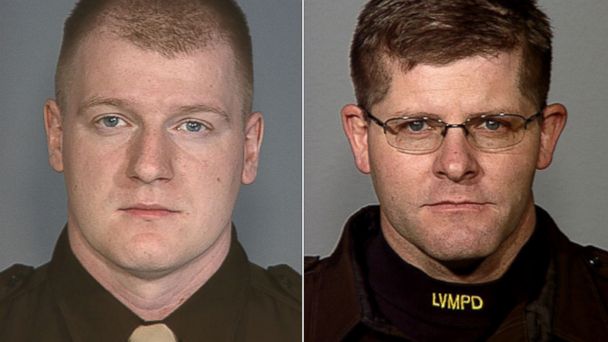 The deaths of two Las Vegas cops on Sunday raised to 23 the number of law enforcement officers killed this year by gunfire across the country while in the line of duty -- a 53 percent increase compared to the same time last year, according to the National Law Enforcement Officers Memorial Fund.

That is a stark contrast to the same time last year when firearms-related shootings accounted for 15 deaths, the group said.

Spurred by anti-government and white supremacist groups, the group said law enforcement agencies around the country have sounded the alarm -- saying the recent Las Vegas shootings highlight the increased potential for police officers to be ambushed.

"This is an alarming trend that we cannot allow to continue," said Baltimore County Police Chief Jim Johnson, who chairs the National Law Enforcement Partnership to Prevent Gun Violence. "We are outraged that more has not already been done to prevent the senseless killings of citizens and law enforcement alike. Our nation must make it a priority to prevent dangerous individuals from acquiring guns and inflicting such grave damage on others. Enough is enough."

MORE: Las Vegas Shooting Couple Had Been Booted From Bundy Ranch as 'Too Radical'

Total fatalities are also up this year: 62 this year compared to 45 in 2013 -- a 38 percent increase, according to the National Law Enforcement Officers Memorial Fund.

The two cops killed in the Las Vegas shooting were Officer Alyn Beck, 42, who had been with the department since 2001 and leaves behind a wife and three children; and Officer Igor Soldo, 32, who joined the force in 2006 and is survived by a wife and baby.

Meanwhile, the couple suspected in shooting the officers had tried to join the armed standoff against federal agents at Cliven Bundy's Nevada ranch in April, but they were asked to leave for being "too radical," Bundy's son said.

Jerad and Amanda Miller did not "align themselves" with the April protest's main issues, Ammon Bundy told The Associated Press.

"Not very many people were asked to leave," he said. "I think they may have been the only ones."

Cliven Bundy, 67, has been engaged in a 20-year legal fight over cattle-grazing on federal land. The patriarch of a large Mormon family, Bundy became a conservative folk hero of sorts because of his standoff with the government, but he later drew criticism for his comments that black people were "better off as slaves, picking cotton."