Police release sketch of suspect in carjacking, kidnapping near UCLA 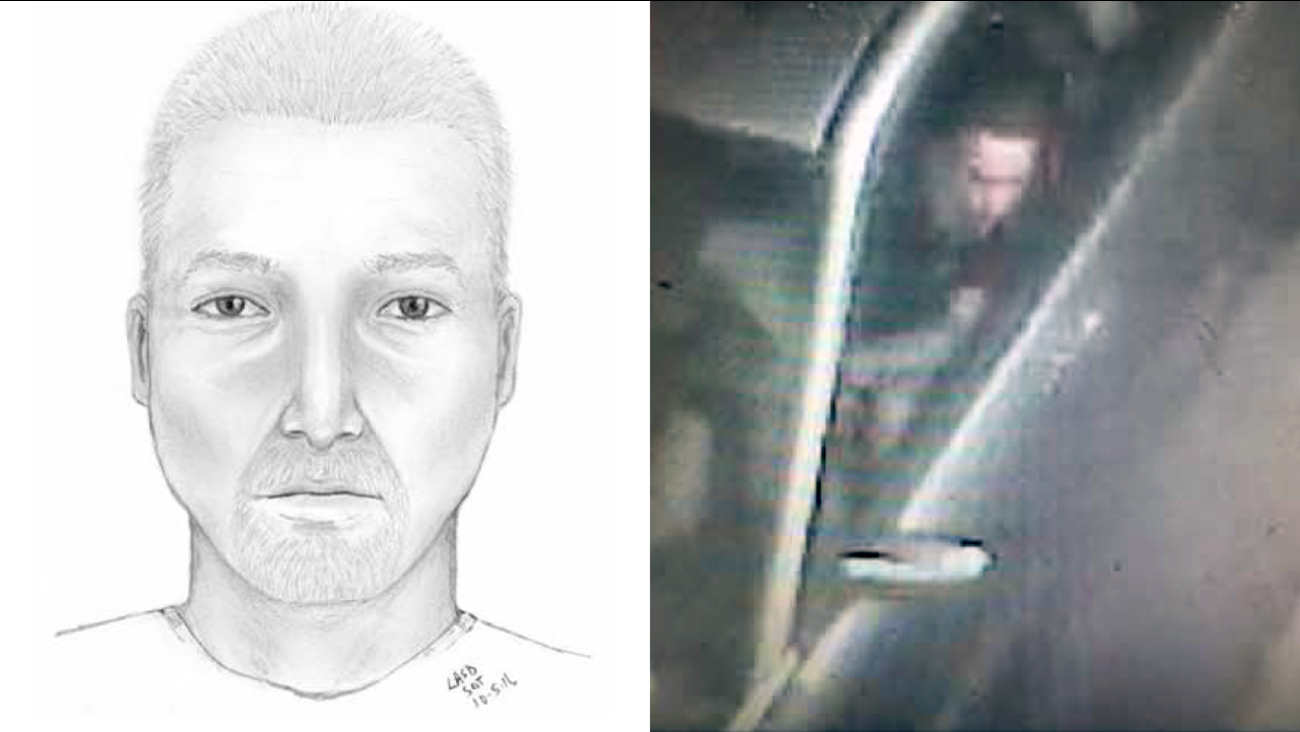 The UCLA Police Department released a sketch of a suspect wanted in a carjacking and kidnapping near the UCLA campus on Monday, Oct. 3, 2016.

WESTWOOD, LOS ANGELES (KABC) -- Police have released a sketch of a suspect wanted in a carjacking and kidnapping near the UCLA campus on Monday.

Investigators said the armed suspect entered the passenger side of the victim's car near UCLA's Center for Health Sciences at about 4:35 p.m. and told the victim to drive away from the campus.

The victim, who did not know the suspect, was held for several hours before being released, according to police.

Though shaken, the victim was unharmed.

The suspect was described by officials as a man standing about 5 feet 8 inches tall, light skinned with light brown hair, a mustache and goatee.

He was last seen wearing a dark T-shirt and shorts.

The vehicle was described as a beige 2007 Subaru Impreza WRX, four door and its license plate number was 6ATF802.

The car has not yet been found.