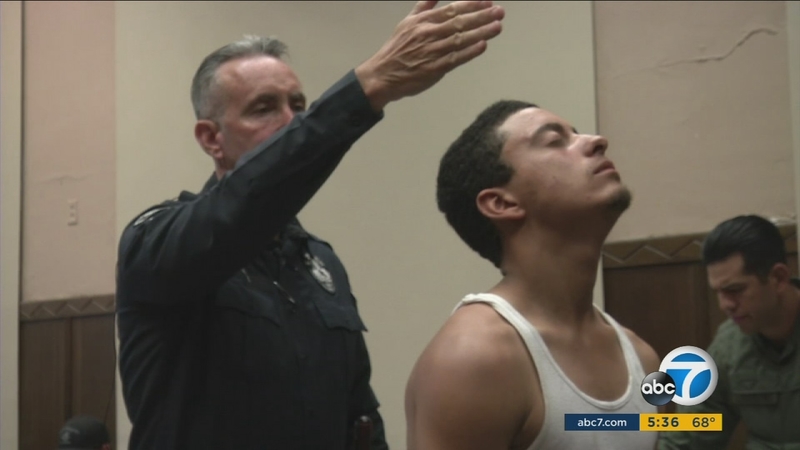 FULLERTON, Calif. (KABC) -- Police are out in force for Memorial Day to catch impaired drivers.

But alcohol is not just the main impairment for drivers anymore.

Officers are seeing higher numbers of drivers under the influence of drugs. And police in Orange County are getting special training to help spot this growing danger.

The Fullerton Police Department is one of three agencies in California which offer a drug recognition expert program. Fullerton officers are using this expertise to help train other officers around the state.

On a recent ridealong by Eyewitness News, officers pulled people over for traffic violations then used their specialized expertise to perform field tests determine whether a person was impaired by drugs. In one instance during the ridealong, they found methamphetamine.

A recent report from the Governors Highway Safety Association shows 43 percent of drivers tested in fatal crashes used a legal or illegal drug and 37 percent tested for alcohol.

The training for the DRE program shows officers how to take drivers who may be impaired through a 12-step test. They also must determine which of seven drug categories the driver has used. The hope is the DRE officers will then take those skills back and teach them to others in their own departments.

"Advanced officer training only increases the accuracy of what the officers might encounter on the streets," said Fullerton Sgt. Tim Petropulos.