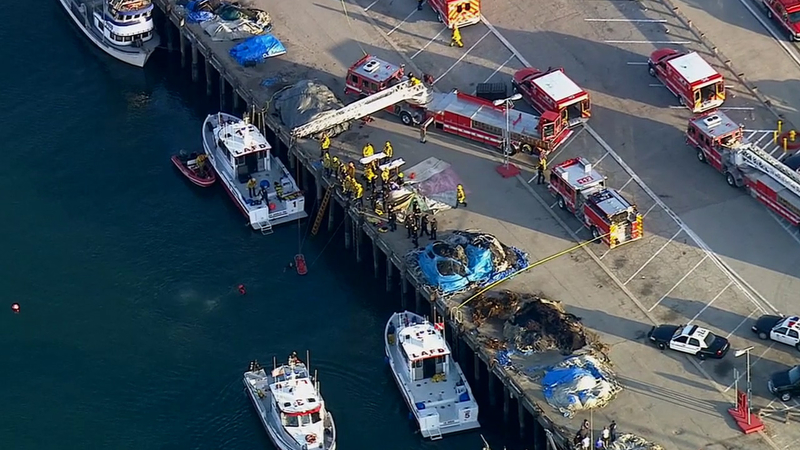 SAN PEDRO, LOS ANGELES (KABC) -- Police believe the incident involving a car plunging into the water at the Port of Los Angeles in San Pedro was a tragic accident.

A family of four was inside the car when it dove into the water near Berth 73 shortly after 6 p.m. on Thursday.

Two boys, 13 and 8 years old, were still strapped in their seats when rescue divers reached them. The 13-year-old, identified as Elhassan Elmezayen, and the 8-year-old boy, Abdelkrim Elmezayen, died at the hospital.

The parents were able to swim to safety and were reported in fair condition after being treated at the scene by paramedics, according to police.

LAPD officials believe the father may have accidentally hit the gas pedal before the incident.

"It went straight in the water, hit pretty hard, went out about 30 feet into the water and went straight down real quick," witness Frank Palazzolo said.

Amid the frantic rescue effort, Los Angeles Fire Department paramedic Miguel Meza jumped into the water to try and save the victims. He is being hailed as a hero for his efforts.

Los Angeles City Councilman Joe Buscaino comforts LAFD firefighter Miguel Meza who dove into the water in San Pedro after a car carrying a family of four plunged into the water.

"This man is a true #hero in the City of Angels and I am so proud of him!" L.A. City Councilman Joe Buscaino said in a post on Facebook Thursday night.

CORRECTION: An earlier version of this story stated Abdelkrim Elmezayen was the name of the 13-year-old boy. His name is Elhassan Elmezayen, according to the Los Angeles County Coroner. 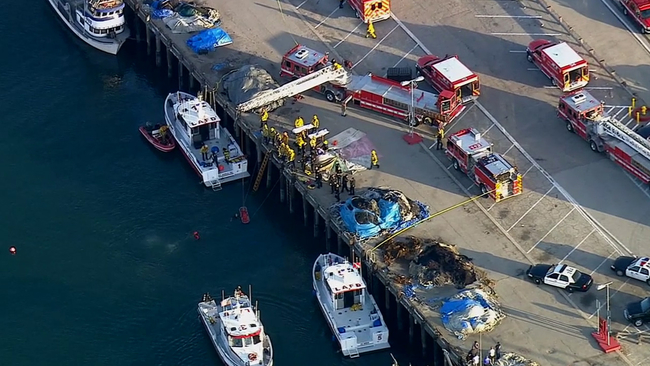