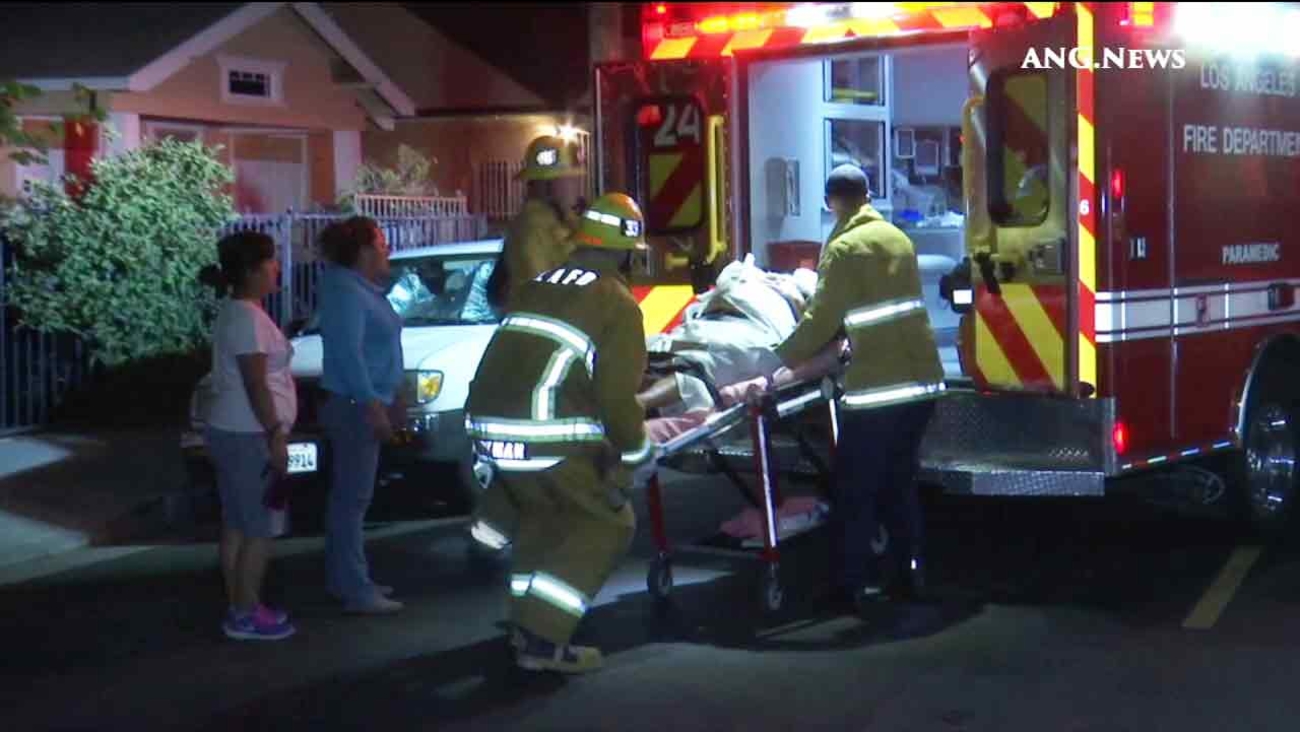 SOUTH LOS ANGELES (KABC) -- A pregnant woman was hospitalized after being struck in a hit-and-run crash outside a party in South Los Angeles.

The crash happened just before 10 p.m. Saturday night at 51st and Main streets, according to the L.A. Police Department's Central Traffic Division.

Authorities said the pregnant woman had been standing in the street trying to hold a parking spot when the suspect crashed into her and several parked cars after slamming into a car in the road with its hazard lights on.

The victim, believed to be in her 30s, was transported to a nearby hospital in stable condition. No other injuries were reported in the crash.

Police were still looking for the driver as of Sunday morning. Authorities said the unidentified suspect ran off after the crash.