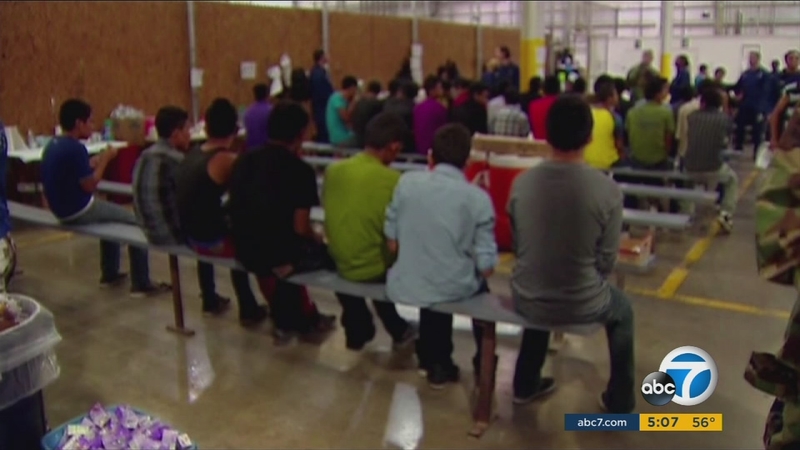 LOS ANGELES (KABC) -- President Barack Obama's deportation plan that is set to start in the new year has people on both sides of the immigration issue criticizing him for it.

Immigration groups said in 2016 immigration officers will go to people's homes and deport a large number of Central Americans who are in this country illegally.

At a news conference Tuesday, they said those affected would include families and children who arrived within the last few years as a way to escape violence in Central America. They call the president's plan inhumane.

"A plan, which is showing us his real face of the hypocrisy that he has been telling us all along," one person said.

Critics, however, said President Obama isn't doing enough about immigration. They said the administration is only deporting those who were already ordered to leave by a judge.

"People who have made their case before the courts to remain in this country and those cases have been found not to be meritorious. And so, the administration is carrying out immigration orders that has been ordered by the courts," said Ira Mehlman with the Federation for American Immigration Reform.

But immigration advocates said if they are deported, those people face persecution and violence. Xiomara Corpeno, with Coalition for Humane Immigrant Rights of Los Angeles, said El Salvador has the highest murder rate in the world, with as many as 50 people killed each day.

She also said statistics the organization has seen show that one in 14 deportees are being killed when they are sent back to the country.