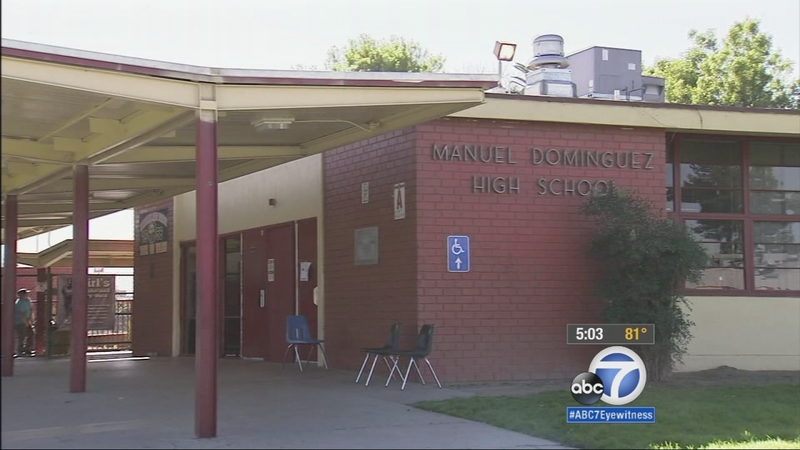 Principal on leave amid reports of 'uncomfortable' hand searches

COMPTON, Calif. (KABC) -- A Compton high school principal has been placed on administrative leave as authorities investigate reports that he inappropriately hand-searched students.

The Compton Unified School District issued a statement that on Tuesday district administration determined the need to place the principal on administrative leave until further notice.

Detectives said there could be other potential victims and that they have yet to interview nearly a dozen other students.

Investigators said there is no law against searching a student suspected of carrying a weapon on campus. That is until it goes too far.

"Teachers in this school should be more aware of those things and protecting students," said Earl Rayson, a grandparent.

Investigators said the alleged incidents happened last year when the suspect started working at the high school and oversaw primary security on campus. The alleged victims are all boys and the crimes are misdemeanors, authorities said.

"Every kid that was searched was brought to his attention because they had broken a rule of the school. Either they were caught ditching, smoking, smoking marijuana and they were detained," Garcia said.

Another grandparent, Lorraine Rayson, said if the allegations are true then the school should take action.

Detectives said the crime they are investigating is annoying or molesting a child under the age of 18. Both are misdemeanors. The principal has not been arrested or charged for any crime.