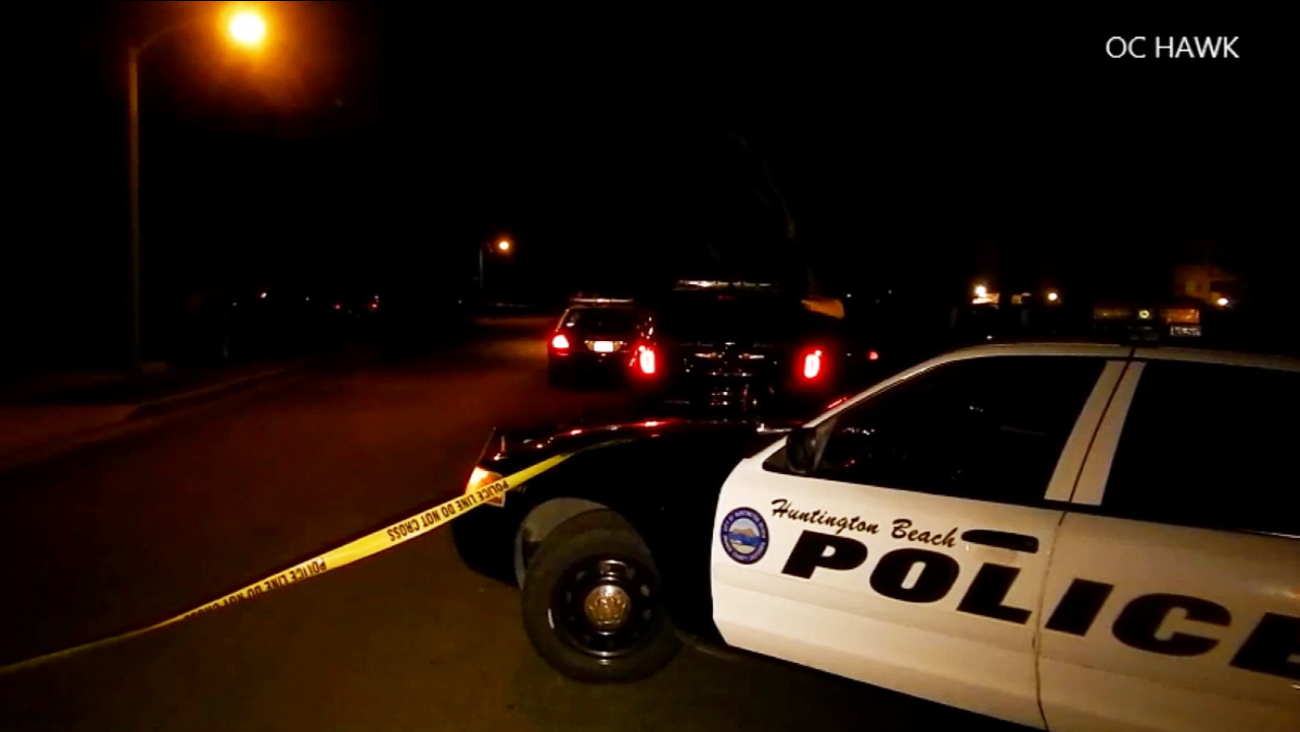 An investigation is underway near Edgewater Lane and Courtney Drive in Huntington Beach following a pursuit and an officer-involved shooting Sunday, April 26, 2015.

HUNTINGTON BEACH, Calif. (KABC) -- Police are searching for three suspects who led Huntington Beach police officers on a pursuit in a stolen car and fled the scene following an officer-involved shooting near Davenport Island.

Officers attempted to stop a green 1969 Honda Accord for a vehicle code violation in the area of Edinger Avenue and Edwards Street at about 2:50 a.m. The driver failed to pull over and accelerated away at a high rate of speed, and a pursuit ensued.

At one point during the pursuit, the driver allegedly turned around and sped toward the officers, according to the Huntington Beach Police Department. One officer fired several shots, striking the vehicle several times. The officers were able to avoid being struck.

The suspects abandoned the vehicle near Edgewater Lane and Courtney Drive and fled the scene on foot. Numerous patrol units and a K9 unit conducted a search of the area, but did not locate any suspects.

It's unclear if the three occupants in the vehicle were wounded. The driver of the vehicle is described as a black male in his twenties, with an approximate one inch afro-style haircut.