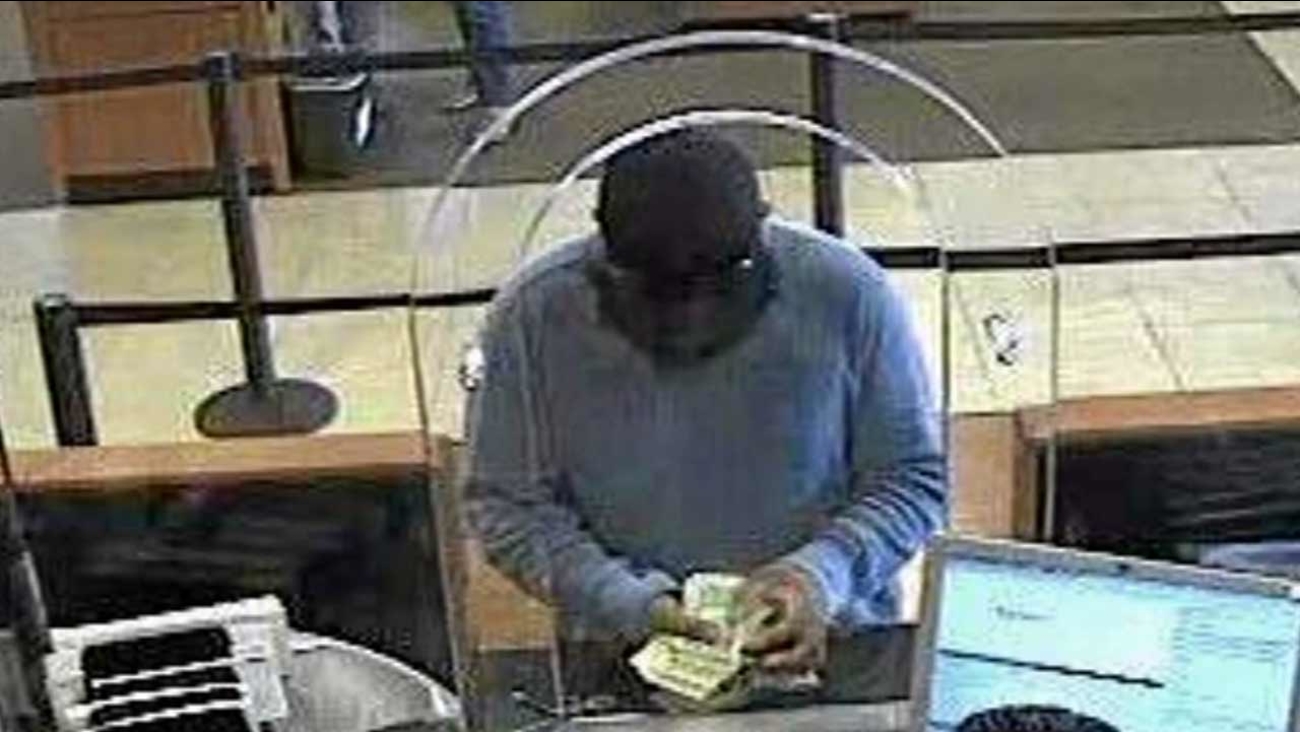 A surveillance still image shows a suspect dubbed the 'Bluto Bandit' during a bank robbery in Southern California.

SOUTH PASADENA, Calif. (KABC) -- A man the FBI believes is the "Bluto Bandit" has been charged in connection with a string of bank robberies throughout Southern California.

Joseph Noriega, 37, of Rancho Cucamonga was arrested on Thursday following a bank robbery at a Chase Bank in the 1300 block of Fair Oaks Avenue in South Pasadena.

David Bowdich of the FBI says Noriega is believed to be the serial bank robber known to law enforcement as the "Bluto Bandit" because the fake black beard the suspect wore during robberies resembled the Bluto character in Popeye cartoons.

"During the bank robberies attributed to the 'Bluto Bandit', the suspect passed a demand note to the victim teller which demanded cash and that the victim teller comply with his demands," the FBI said in a statement.

The FBI has linked "Bluto Bandit" to more than a dozen cases in Los Angeles, Riverside, San Bernardino and Orange counties from June 10 to Aug. 12.