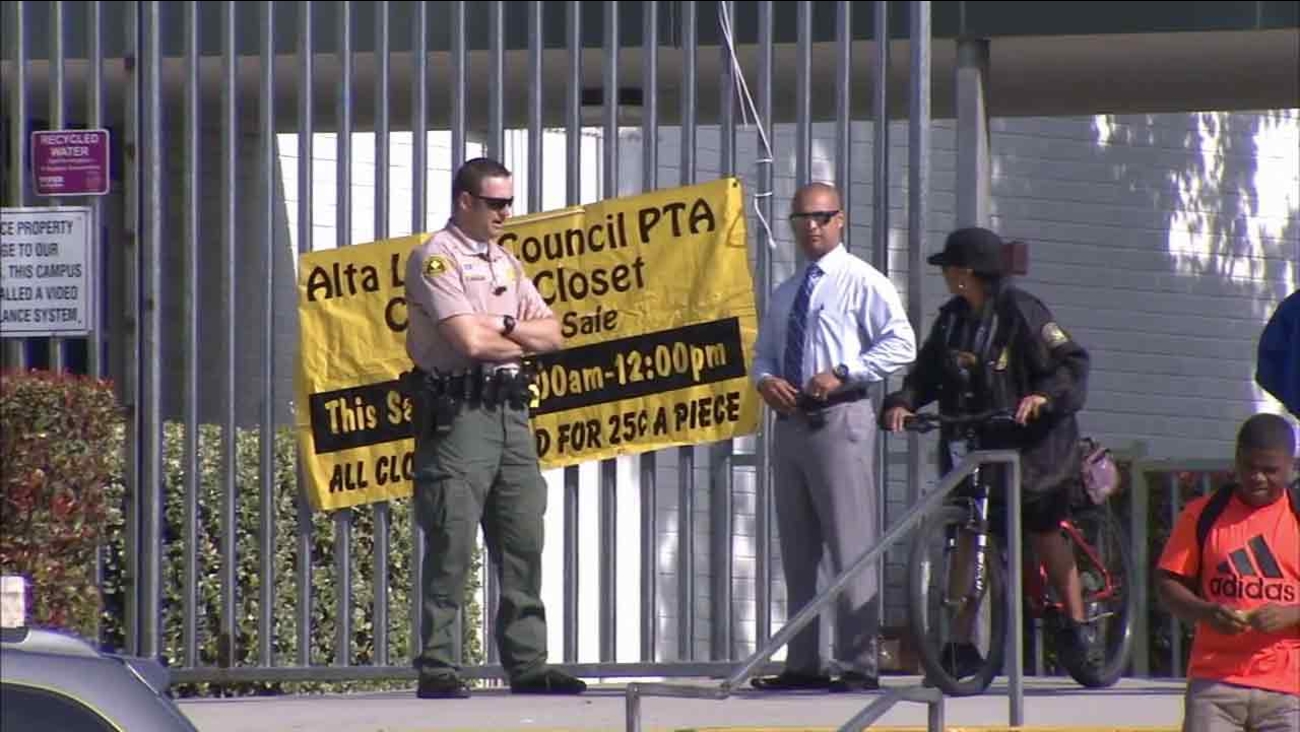 Authorities say 18-year-old Andrew Riccardi was taken into custody in front of his classmates at Alta Loma High School.

According to police, the threatening tweets stated, "Well mom said I had to go to school better pop the trunk first," with a photo of Riccardi holding what appeared to be a gun.

Riccardi admitted to the tweets after he was arrested and said the gun was a replica. Deputies searched his residence and found that Riccardi's father has gun safes, but they require fingerprint ID to open, so Riccardi did not have access to the firearms.

Deputies found nun-chucks in his bedroom, and two large fixed blade knives were found in his vehicle on campus.

Alta Loma High School Principal Jim Cronin addressed the social media rumors overnight on Twitter, stating he was aware of the threat and that law enforcement have been notified.

Good evening. I am aware of the tweet. I have notified law enforcement who will be present at the school.

The increased security comes on the 16th anniversary of the Columbine massacre, in which 12 students and one teacher were killed at Columbine High School, April 20, 1999.
Related topics:
rancho cucamongaschool threattwittersecurity
Copyright © 2020 KABC-TV. All Rights Reserved.
More Videos
From CNN Newsource affiliates
TOP STORIES