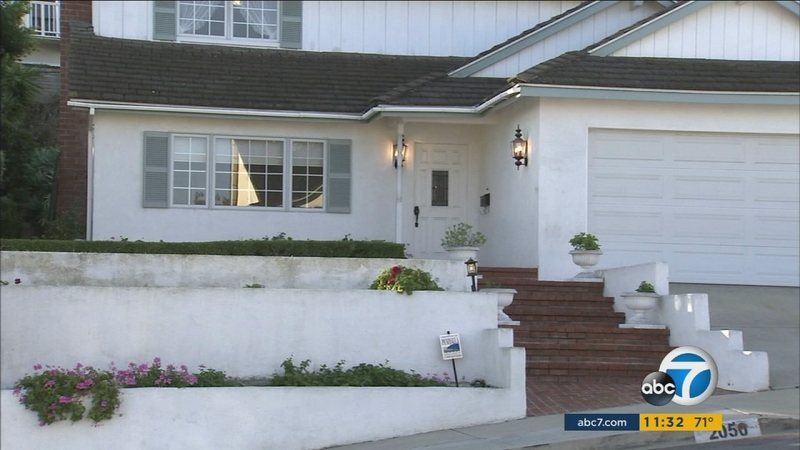 RANCHO PALOS VERDES, Calif. (KABC) -- A search is underway for two suspects who tied up and robbed a senior citizen during a frightening home invasion in Rancho Palos Verdes.

The incident happened around 10:50 p.m. Tuesday in the 2000 block of Van Karajan Drive.

Sheriff's officials said the victim was sleeping upstairs in his home when he was awakened by one of the suspects.

After one of the suspects tied up the victim with a belt and a telephone cord, the other suspect ransacked the house for valuables.

"My concern is - did these people know that this was an elderly gentleman? Would they have done this if this was a younger family living in there or what the situation is?" said Mark, an area resident.

The thieves, who entered through a smashed downstairs window toward the back of the house, made off with foreign and U.S. currency, sheriff's officials said

The victim did not have an alarm or a surveillance system installed in his house. He was apparently home alone when the suspects broke in.

About 45 minutes after the suspects fled, the man freed himself, ran to a neighbor's home and called 911, investigators said.

According to authorities, the victim suffered a small laceration near his eye, but the injury did not warrant a hospital visit.

The victim, whose identity was not released, told deputies the home was dark and he could not give a good description of the suspects.

The incident has shaken residents, who say the neighborhood is normally pretty quiet.

"It's a safe neighborhood overall, but there are these idiosyncratic things that happen that are not common, but they will happen now and then. There have been one or two robberies around here," said Andy Noch, another area resident.

The break-in has some neighbors taking precautionary measures.

"I only have one gate, which is locked all the time, the other side is a brick wall. I have double locks on my front door and my back door. I'm very cautious. I leave lights on when I go away," said Elaine Blatt, a resident.

Some residents are considering installing security cameras at key locations throughout the neighborhood.

Deputies say there was another recent robbery similar to this one in nearby Lomita, but it is unclear if the two crimes are related.