KABC
By ABC7.com staff
DOWNEY, Calif. (KABC) -- Downey police say a real estate agent who was shot and killed during a home-invasion robbery Sunday morning was specifically targeted by three suspects, one of whom remains outstanding.

The incident occurred in the 10300 block of Lesterford Avenue shortly after 11 a.m.

Three suspects allegedly confronted the victim near the side door of his residence and pushed him back inside. Details on how the victim was killed were not released but police said they "do not believe this was a random crime."

"Further information gathered during this investigation points to the victim being specifically targeted by the suspects," Downey police said in a statement.

Two of the three suspects were detained a short distance from the scene. Henry Willie Sao, 28, of Long Beach and Paul Darvis Misikei, 19, of Anaheim were arrested and booked on homicide charges.

The third suspect remains outstanding. He was described as an Asian or Pacific Islander man around 17 years old, between 5 feet 8 inches tall to 5 feet 9 inches tall, weighing 160 pounds with black, bushy hair. He was dressed in a red or orange button-down shirt, blue jeans and black and white tennis shoes.

Police did not immediately release the victim's name, but neighbors identified him as 59-year-old Jim Rudometkin. Neighbors said he was a well-known real estate agent who had no enemies and was kind, generous and highly involved in his church.

"He's the last guy you would think would ever have an enemy that would want to kill him," Emery said. "He was just the perfect employee and agent, you know, never a problem, honest, trustworthy."

Rudometkin was an only child and inherited his family's home when his parents died a few years ago, according to Emery.

Neighbors and friends told ABC7 Rudometkin grew up in the home and continued to live there as an adult, eventually becoming a caretaker for his parents.

"He was so dedicated to his mother and father and it was a tremendous loss when they died fairly close together," Emery explained.

Police said their investigation is ongoing. Anyone with information is urged to call the Downey Police Department at (562) 904-2308 or Detective Paul Hernandez at (562) 904-2368.
Related topics:
downeylos angeles countysearchhome invasionman killed
Copyright © 2021 KABC-TV. All Rights Reserved.
RELATED 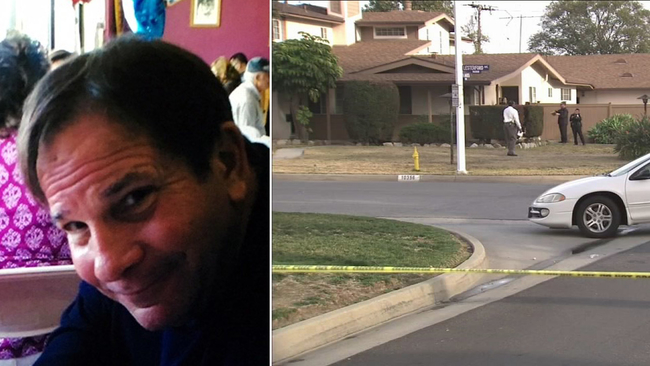