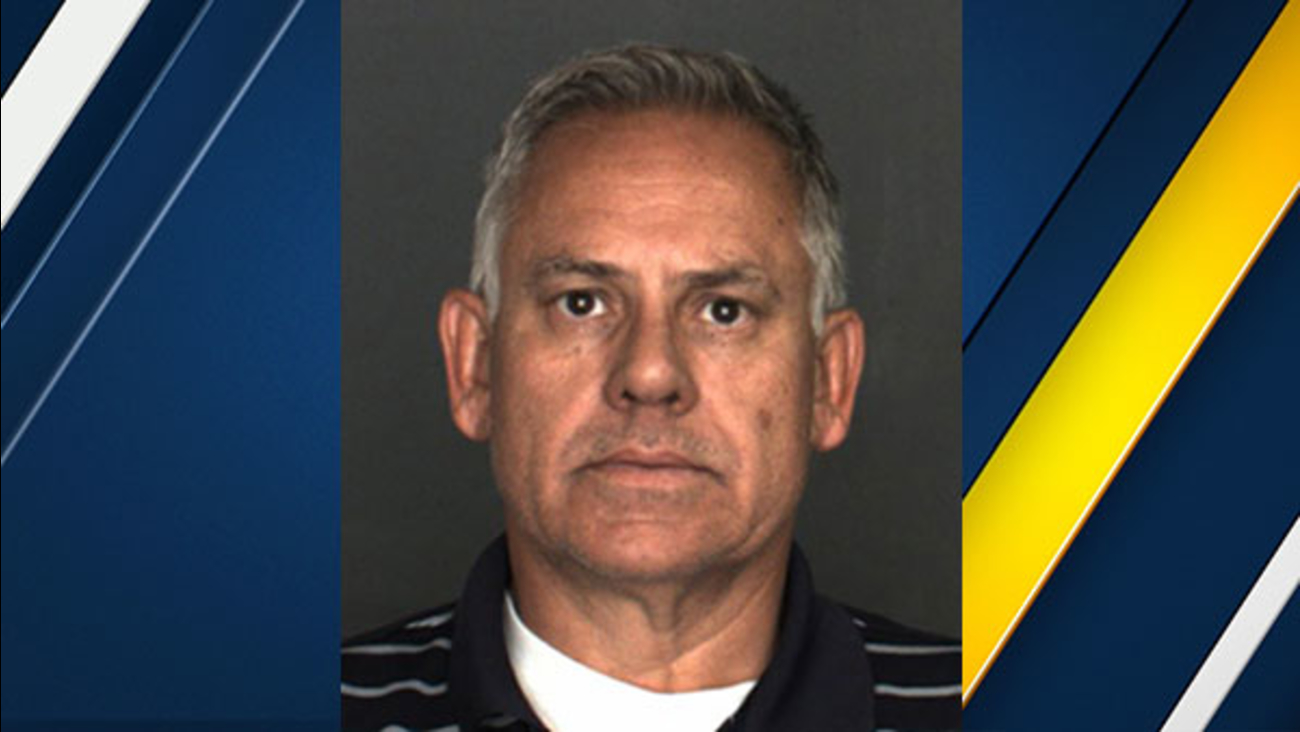 Kevin Patrick Kirkland, 56, of Rancho Cucamonga has been arrested for allegedly having sex with a teenage student who attends Redlands High School, where he teaches math. (Redlands Police Dept.)

REDLANDS, Calif. (KABC) -- A 56-year-old math teacher at Redlands High School was arrested for allegedly having a two-year sexual relationship with a student, starting when she was 16, according to Redland police.

Police say Kevin Patrick Kirkland, a Rancho Cucamonga resident, had multiple sexual encounters with the student, from the time she was 16 until March of this year, when she was 18.

Kirkland was arrested Tuesday night in Gilbert, Ariz. He waived extradition and was brought back to San Bernardino County and booked into the West Valley Detention Center on Thursday, with bail of $2 million.

Kirkland first came to investigators' attention in April, when Redlands Unified School District officials contacted police about possible inappropriate behavior by Kirkland toward a different student. Kirkland had been placed on administrative leave by the school district at that time. Police investigated and determined that the reported behavior was not criminal.

But detectives began looking into him again after a second report was made of inappropriate behavior between Kirkland and another student at the school.

Investigators say at that time they determined that there was an inappropriate relationship between the teacher and underage student.

The San Bernardino County District Attorney's Office has charged Kirkland with five counts of oral copulation of a minor and one count of distributing harmful matter to a minor.

Kirkland's Facebook page describes him as a married grandfather of five who also coaches golf at the school.