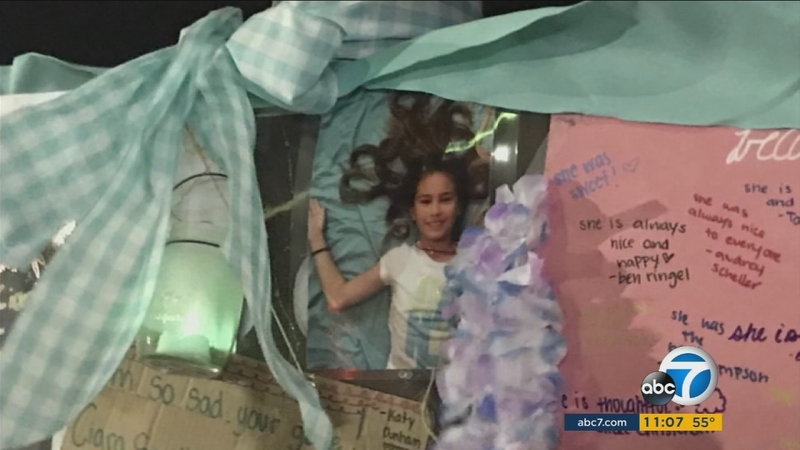 REDONDO BEACH, Calif. (KABC) -- Classmates of a 13-year-old girl gathered at a memorial a day after she was killed by a bus while riding her bike in Redondo Beach.

Friends of Ciara Smith placed flowers and cards covered with kind words at the intersection of Pacific Coast Highway and Knob Hill Avenue where she died.

Tara Winslow, a seventh grader, and her mother wanted to be there to join in with other students and parents grieving the loss of a young life.

Police said Smith was on her bike Friday afternoon when she entered a southbound lane of traffic on PCH for some unknown reason and was hit by a Metro bus. The driver was not at fault for the fatal crash, authorities said.

Smith attended Parras Middle School. Students and parents said it's important for the community support for each other and Smith's family.

"I think that it's something that is really nice and thoughtful and caring because it shows that just one person in the world can have such a big impact on many people," Tara said.

Authorities said the bus driver will not face any criminal charges and that it was a tragic accident.
Related topics:
redondo beachlos angeles countymetrobus crashvigilteen killedbicyclecommunitystudentsmemorial
Copyright © 2021 KABC-TV. All Rights Reserved.
RELATED 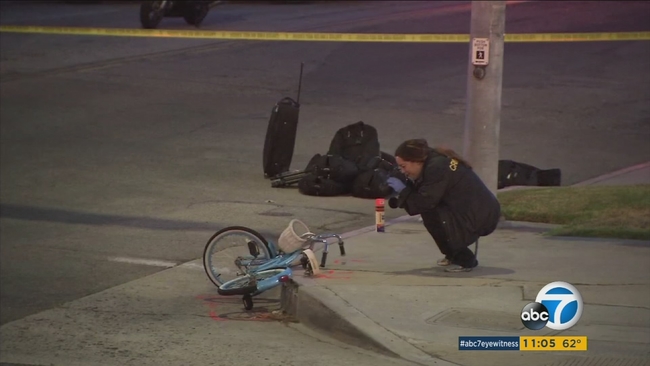