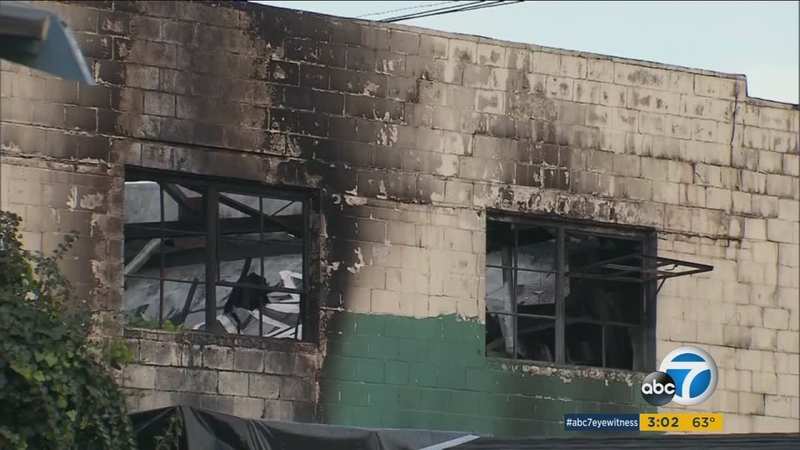 OAKLAND (KABC) -- A refrigerator is being eyed as the possible origin point of the deadly Oakland Ghost Ship warehouse fire, an official briefed on the probe told ABC News.

The death toll remains at 36 as officials say they have completed about 90 percent of the search through the building. They expect to finish by midnight, fire officials said.

They have identified 35 of the bodies and notified 30 families.

The cause of death for all the victims so far has been identified as smoke inhalation, according to the Alameda County coroner's office.

As the investigation into the cause continues, the founder of the Ghost Ship collective, Derick Ion Almena, has come under increasing scrutiny for what some say was his failure to address fire hazards in the building.

Derick Ion Almena is pictured at the Marriott City Center in Oakland, Calif. on Sunday, Dec. 4, 2016.

Almena appeared at the scene on Tuesday.

He didn't answer any questions, saying "I'd rather get on the floor and be trampled by the parents than answer those ridiculous questions."

"I'd rather get on the floor and be trampled by the parents...than answer these ridiculous questions." Derick Almena, Ghost Ship manager pic.twitter.com/961snFjdtd

He did tell the "Today Show" that he signed a lease for the building that "was to city standards supposedly."

"I'm only here to say one thing, that I'm incredibly sorry and that everything I did was to make this a stronger and more beautiful community and to bring people together," he said.

The Associated Press reported that Almena was arrested in Glendale in March 2015. He was stopped for driving with an expired registration and, after a consensual search, police found two license plates from Oakland-area stolen cars. The charges were ultimately not pursued, according to the AP.