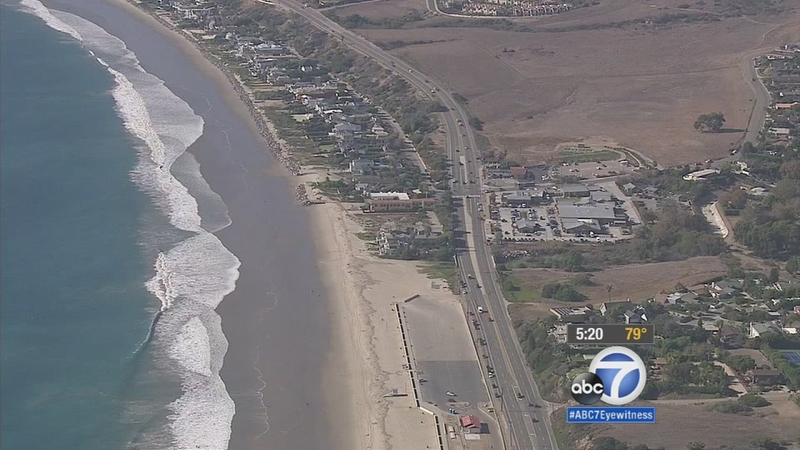 MALIBU, Calif. (KABC) -- An unprecedented sand replenishment plan is about to get underway at Malibu's Broad Beach -- a longtime home and playground for Hollywood A-listers like Pierce Brosnan, Dustin Hoffman and Ray Romano.

The 10-year plan, approved by the California Coastal Commission earlier this month, will allow residents to import 300,000 cubic yards of sand every five years to rebuild sand dunes lost over the years due to pounding storms and high tides.

The plan's cost is $31 million, which is being funded by 121 homeowners on Broad Beach.

"Ten years ago the people here were hiring security guards and chasing people off who had the right to be here, and now they've not only agreed never to ever to do that again, that was a terrible thing to do, they're spending $31 million of their own money to rebuild a public beach. I think that's a huge benefit," said Malibu resident Hans Laetz.

"I think we're all in agreement, the homeowners and the environmental community, that something needed to be done," said Sarah Sikich, vice president of Heal the Bay. "What currently was happening at the beach was not workable for the environment, for the public, nor for the homeowners."

Coastal advocates, however, aren't convinced the plan will work because the sand will be dumped on an existing 36,000-ton rock seawall that was put in place after a 2010 storm triggered more erosion and damaged homes.

"The most stable of dune situations are those that are foundations of sand. This is something that's new. We're in an era where we see heavier storms," said Sikich. "So I think this is something the Coastal Commission and our environmental groups are looking to as a great experiment, and we'll have to see how it works because other communities are going to have to learn from Broad Beach as well."

"If the worst happens and all the sand washes away, they're committed to bringing in more, so it's a win-win for everyone," said Laetz.
Related topics:
malibulos angeles countybeaches
Copyright © 2021 KABC-TV. All Rights Reserved.
More Videos
From CNN Newsource affiliates
TOP STORIES