Robber makes off with $125 from Westside Jack in the Box, LAPD says 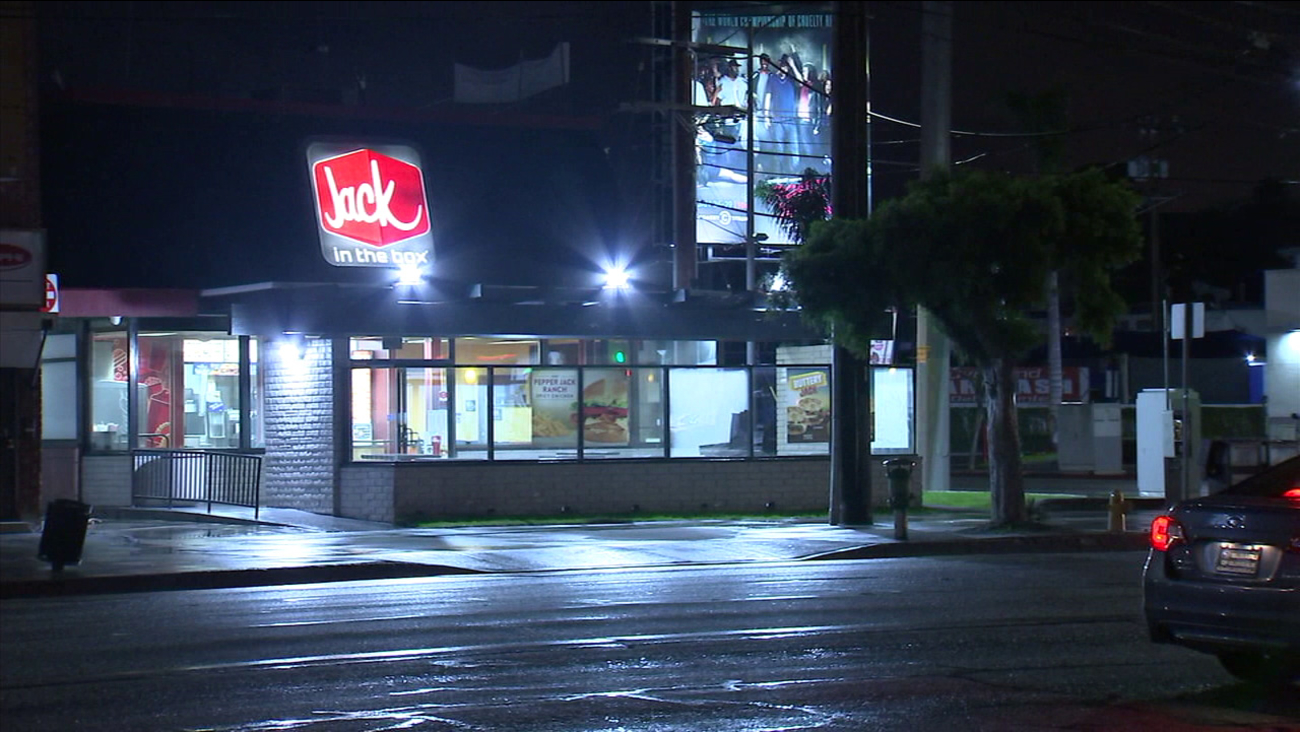 LOS ANGELES (KABC) -- A robber struck a Jack in the Box in the Westside neighborhood of Palms on Sunday evening, authorities said.

A spokesperson for the Los Angeles Police Department's Pacific Division said officers were summoned about 7:15 p.m. to the fast-food location near Venice Boulevard and Overland Avenue.

The suspect entered the restaurant and jumped over the counter, stole $125 and then pushed an employee while fleeing, according to the LAPD. No weapons were involved in the heist.

A witness' photo, posted on Twitter at 7:48 p.m., showed an LAPD vehicle and police tape outside the restaurant. "Employees lined up outside," the caption read.

@Culvercity311 @Venice311 Jack in the Box at Venice/Overland closed by Police. Employees lined up outside. pic.twitter.com/YwF3ujzyDh

No one was injured, investigators said.