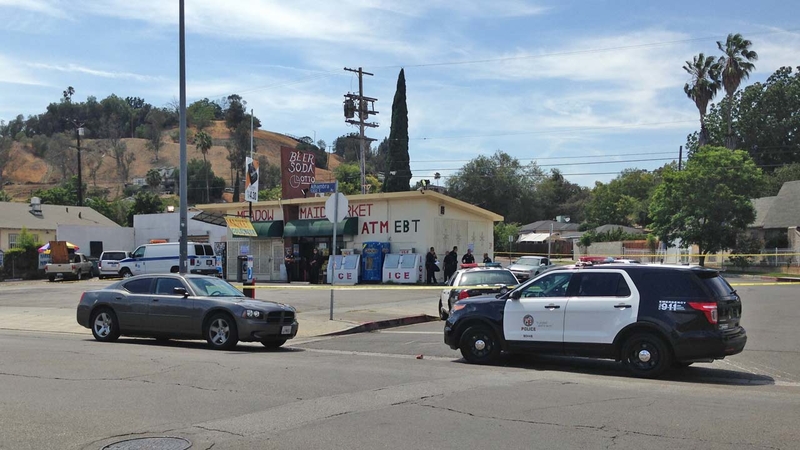 EL SERENO, LOS ANGELES (KABC) -- An attempted robbery at a liquor store in El Sereno Friday ended with one suspect in custody and the other suspect dead.

Two suspects entered the store at Alhambra and Hollister avenues at 11:15 a.m., one suspect armed with a gun and one armed with a machete.

Witnesses say a bullet intended for the owner actually ended up killing one of the suspects.

"It's not common for the criminals to be fatally injured when they're committing a crime," LAPD Detective Michael Zolezzi said.

Police would not release any further details. Nearby residents say they saw the owner of the store unharmed, but covered in blood.

"His shirt was just soaked in blood, he took it off, he was cleaning himself because he had a knife to his neck," Cindy Therrien of El Sereno said.

"He did some karate move, he said that as soon as he heard the shot go off, he moved and it got the other guy," Therrien said.