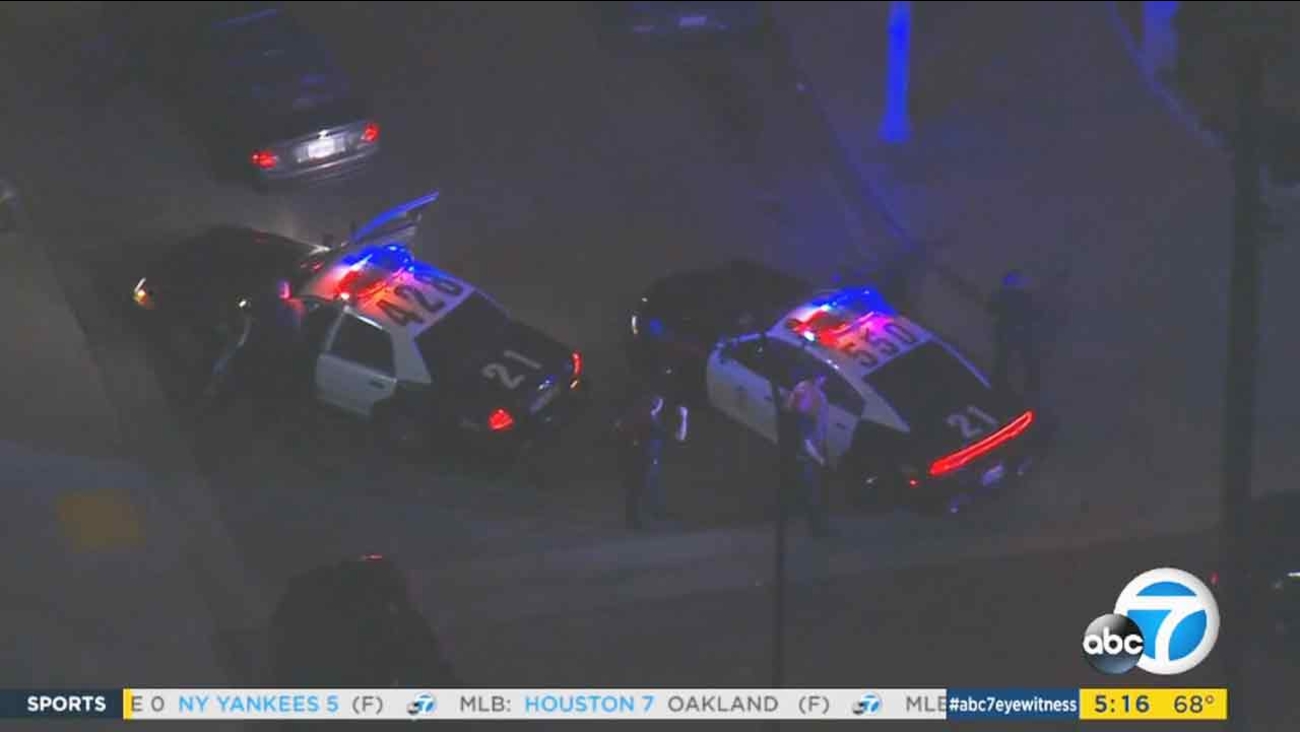 The chase happened at about 5 a.m. near Canoga Park, authorities said.

The suspects, who were traveling in a black Honda Accord, led officers on surface streets through Van Nuys, Panorama City, Arleta and Pacoima.

Around 5:15 a.m., the suspects bailed on foot, causing police to set up a perimeter near the 9000 block of Vena Avenue.

As of 6 a.m. three of the four suspects were found and taken into custody. Several officers were seen searching the area for the fourth suspect.

SUN VALLEY UPDATE: 3 in custody near 9000 block of Vena Ave, 1 at large after chase with possible robbery suspects pic.twitter.com/Olih48qR4L