San Bernardino County reopens: "Our lives will never be the same" 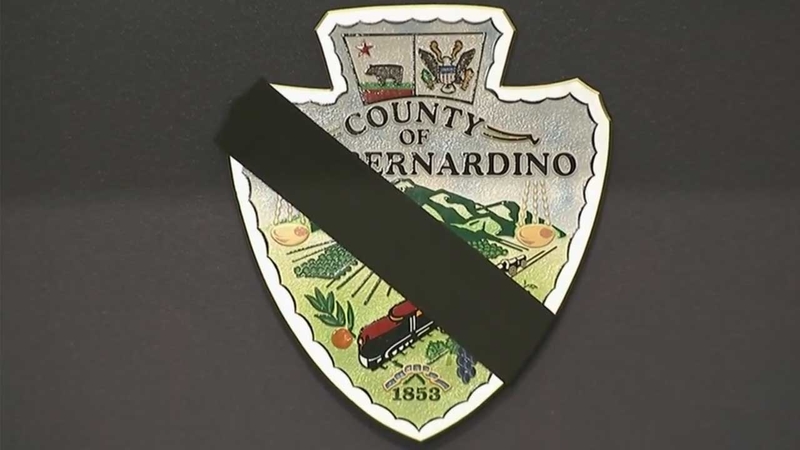 SAN BERNARDINO, Calif. (KABC) -- Thousands of employees of San Bernardino County began returning to work Monday, five days after a county restaurant inspector and his wife opened fire on a gathering of his co-workers, killing 14 people and injuring 21.

It proved an emotional day for many, including Yolanda Brown.

"Our lives will never be the same," she said.

Brown wasn't even supposed to be at work on Monday. She works in the Environmental Health Services division and didn't know that she doesn't have to return until next week.

"There's no length of time as far as this type of devastation as far as healing. It's going to take all of us pulling together and making it work and letting those that have expired, let their memories live on through us with happy ones," Brown said.

After the massacre Wednesday, San Bernardino County shut down except for essential services, with many of its 20,000 employees off. Environmental Health employees like Brown are set to return next week. County supervisors say their colleagues needed the time.

"The time to grieve. These were their co-workers and their friends, and they needed time to be able to process that, and for us to be able to put in place counselors to be able to help them return," said Supervisor Janice Rutherford.

MORE: What we know about the San Bernardino attack

At a press conference Monday morning, county employees and doctors gathered to share their stories and express their solidarity.

The massacre hit close to home for everyone who spoke. Trudy Raymundo, the director of the county's public health department, witnessed some of the horror last week. She vowed to work together to overcome the senseless tragedy.

The Board of Supervisors said all facilities have increased security, including armed sheriff's patrols, and officials were considering additional permanent safeguards. Counseling centers and a hotline were open, and managers were urged to look for signs of distress in their employees.

Suspects Tashfeen Malik, 29, and Syed Farook, 28, opened fire at a holiday luncheon Dec. 2 at the Inland Regional Center and attacked Farook's colleagues from the San Bernardino health department. The husband and wife were killed in a furious shootout with police hours later.

The FBI also held a news conference Monday, saying the two had been radicalized for quite some time and had taken part in target practice, once within days of the attack.