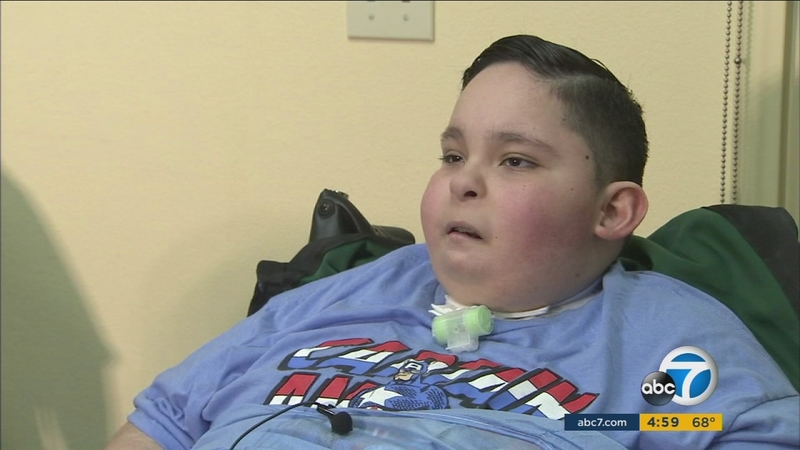 SAN BERNARDINO, Calif. (KABC) -- The San Bernardino County Sheriff's Department is facing a lawsuit from members of a family who were seriously injured when a pursuit suspect's vehicle slammed into their SUV after he was shot from a sheriff's helicopter.

The dramatic pursuit on Sept. 18, 2015 involved a suspect driving at high speeds in the wrong direction of the 215 Freeway.

The suspect was initially wanted in connection with a home invasion in Fontana. He refused to pull over for deputies and led them on a chase through surface streets in Fontana and San Bernardino before heading the wrong way in the northbound lanes of the 215, at times reaching speeds up to 100 mph.

Deputies inside a sheriff's helicopter determined the suspect was a threat to public safety and fired at his vehicle. He jumped out of the moving car, which then crashed into an SUV driven by the Villegas family.

The suspect collapsed on the side of the road near the crash and died.

The Villegas family suffered severe injuries in the crash.

Her son, Aldo Villegas, now 13, was born with no right kneecap and a breathing condition. In the crash, he broke his arms, injured his hip and now has no feeling in his left leg. He has been confined to a wheelchair and going through rehab since the crash.

The family and their attorney are blaming the sheriff's department for what they consider irresponsible behavior - shooting at a suspect from a helicopter over a crowded freeway.

"Never has there been a case that we've been involved with where a helicopter has shot someone from the sky, where you're dealing with a crowded freeway like this situation," said attorney Jim DeSimone.

DeSimone said the family expects to have medical costs in the millions of dollars.

But in September shortly after the crash, the department defended its actions, issuing a statement that read in part: "... all of our deputies and tactical flight officers qualify with the same weapons that they carry in the aircraft through and within department qualifications. Additionally, they train from the air every 90 days at a minimum. This training is specific to deploying weaponry from the aircraft."