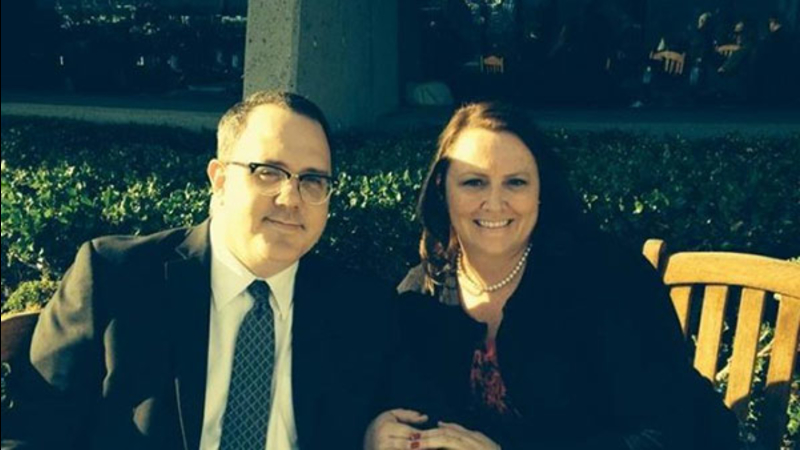 SAN BERNARDINO, Calif. (KABC) -- A devoted father to two kids who was one of 14 people killed in the cold-blooded terror attack in San Bernardino was remembered by his girlfriend as a loving gentleman.

Carri Wohlwend met 46-year-old Harry Bowman just a month and a half before his death. Both were San Bernardino county employees looking for a serious relationship.

As the pair began to date, Wohlwend said Bowman treated her with kindness and respect. They quickly fell in love.

"I'm trying to hold on to every special moment that we've had," she said.

For the last month and a half, Wohlwend said she got an email from him every single morning. One read in part: "I cannot wait until you're here tomorrow...I love you, XO."

Bowman usually went to work at San Bernardino City Hall, but on Wednesday, he was scheduled to be present at the Inland Regional Center, where two suspected terrorists opened fire.

"I was like, tomorrow morning if I don't get the email, right? Then the email didn't come," she said.

Wohlwend was planning for their Christmas together and bought her late boyfriend a mug with their symbolic "XOXO," along with other gifts that now give her mixed emotions as they are a symbol of all she has left.

She said she will never stop loving her caring boyfriend.

"I really did, and I still really do," Wohlwend said. "I don't want to have to let go of that."

Bowman was an Upland resident and a lover of the outdoors who doted on his two daughters. He had only recently been hired as a statistical analyst for the San Bernardino County Department of Public Health.