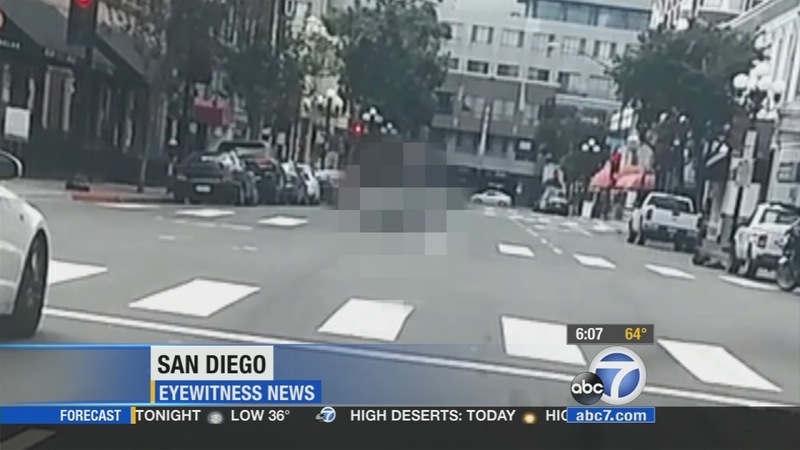 SAN DIEGO (KABC) -- San Diego police officers shot and killed a man who they say aimed a gun at them. The incident was captured on cellphone video.

According to authorities, it started when police tried to stop the man for disrupting traffic on Tuesday. The man took off running, and a chase ensued.

Police say the man ran down the street then stopped, turned, pulled what appeared to be a gun from his waistband and aimed it at the officers.

Both officers opened fire and the man fell down. When officers ordered him to drop his weapon, they said the man sat up and aimed again. The officers then fired a second time.

The man later died at a hospital. His name hasn't been released.