San Gabriel burglary suspects flee in chase up to 120 mph 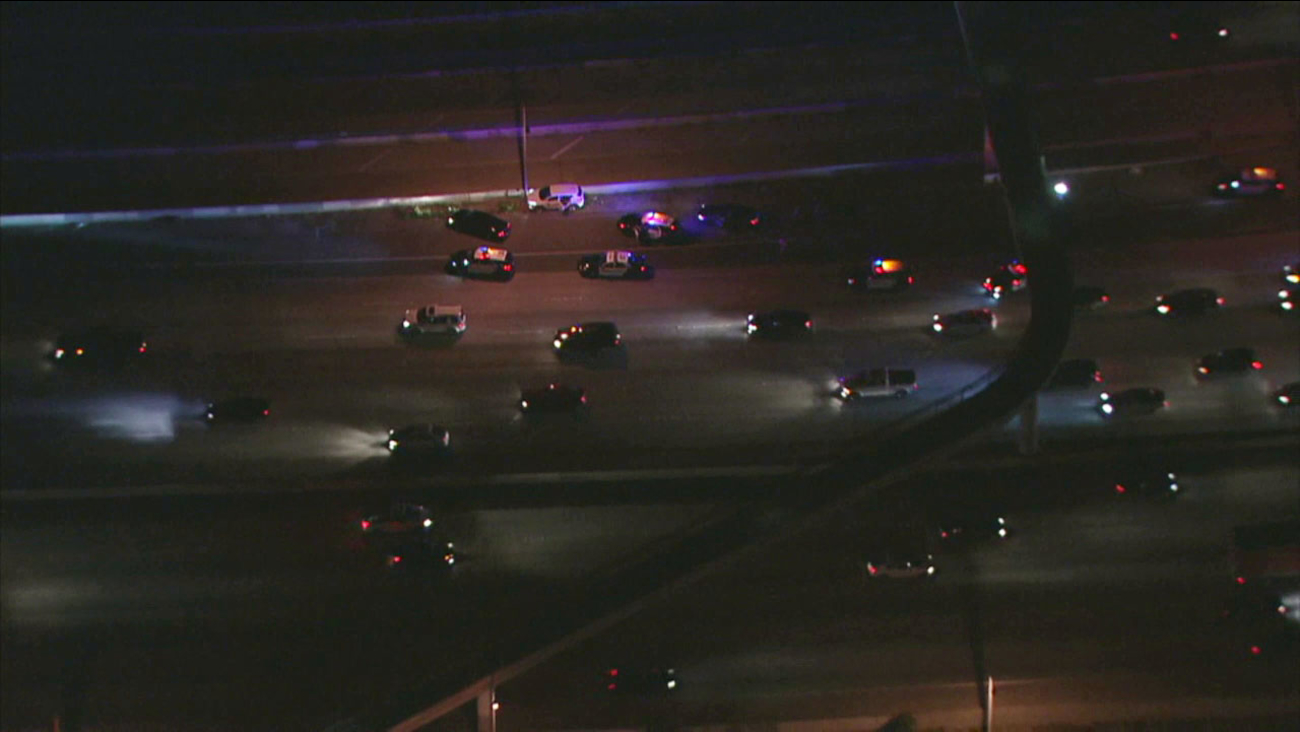 A high-speed chase on the 10 Freeway ended when the suspects crashed and fled on foot in East Los Angeles on Wednesday, March 1, 2017.

EAST LOS ANGELES (KABC) -- Four burglary suspects in a Hyundai Sonata led authorities on a high-speed chase on the 10 freeway at speeds up to 120 mph, before ditching the car and fleeing on foot Wednesday.

Police were still looking for three of the four suspects late Wednesday after they crossed over the freeway on foot and hid somewhere in East Los Angeles.

The incident began with two burglary reports in the area of Roses Road and Mission Drive in San Gabriel. Police spotted the suspects and gave chase, eventually following them onto the westbound 10 Freeway.

The suspects hit another vehicle on the 10 in Alhambra and at times got up to 120 mph as they fled. The chase ended near Soto Street in East Los Angeles as the suspects ditched the car, jumped out and ran in different directions across the freeway.