KABC
SANTA ANA, Calif. (KABC) -- A San Juan Capistrano man, who pleaded guilty to fatally shooting his parents and trying to kill his two siblings in 2014, was sentenced to life in prison without the possibility of parole.

Ashton Sachs was sentenced on Friday to four consecutive life terms - two without parole - plus 100 years.

The 22-year-old pleaded guilty to murder and attempted murder in September.
Sachs was attending school in Seattle at the time of the killings. Homicide detectives say Sachs returned home and opened fire on his family as they slept.

The bodies of Bradford and Andra Sachs were found in their multimillion-dollar home in the 32300 block of Peppertree Bend on Feb. 9, 2014. The two were divorced at the time but still living under the same roof. They were shot multiple times, officials said.

In addition to killing his mother and father, Sachs also shot his 8-year-old brother Landon, who is now paralyzed from the waist down. He also shot at his 17-year-old sister Alexis but missed. She was able to get out unharmed.

Authorities arrested Sachs about a month after the killings.

"I've been told by my friends and family, that in order to move forward I need to forgive you. Well, here's my choice. At this time I can't forgive you for what you did - maybe someday but not today," McGowan said.

A motive for the shooting has never been made public.

Two of the Orange County Sheriff's Department investigators who worked on the case described the investigation exclusively to ABC7.

"They were just sleeping. They were never given an opportunity to defend themselves, never confronted with somebody. They were just executed in bed," investigator Mike Thompson said.

It took about three weeks of chasing leads before surveillance video and telephone records surprisingly pointed to the couple's then-19-year-old son.

"That's really unusual," said Sgt. Justin Montano. "We don't get too many cases where a sibling or a son or a daughter murders their parents"

The detectives say once they caught on to Sachs' coverup and confronted him, he eventually confessed. They were shocked that Sachs decided to represent himself and pleaded guilty.

"He knows the evidence on this case is overwhelming," Montano said. "He knows what he did was wrong. He knew exactly what he did."
Related topics:
orange countysan juan capistranomurdersentencinghomicidegun violenceshootingdouble murder
Copyright © 2020 KABC-TV. All Rights Reserved.
RELATED 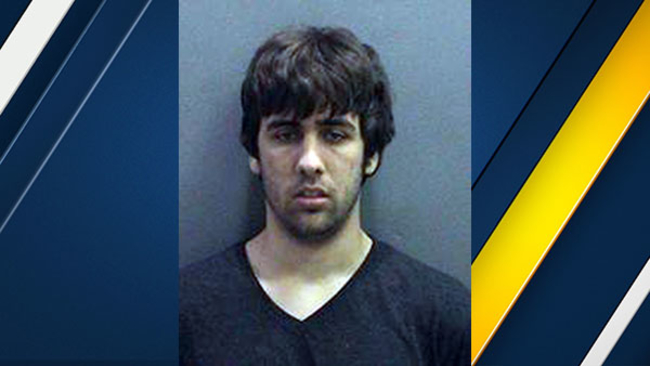