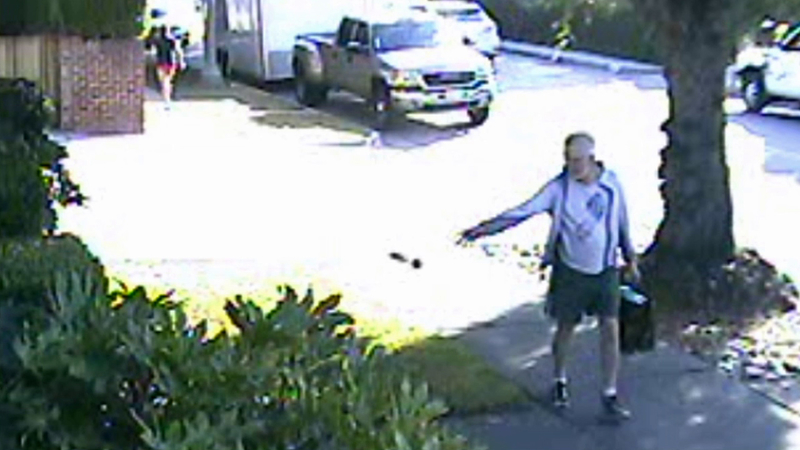 SAN MARINO, Calif. (KABC) -- San Marino Mayor Dennis Kneier has admitted that he left a bag of poop on a neighbor's property.

Kneier was caught on neighbor Philip Lao's home surveillance camera throwing the bag onto Lao's walkway on June 7. He said he and his wife were coming back from a walk in Lacy Park near his house.

Lao gave the video to the San Marino Police Department. He claims his opposition at city council meetings to a proposal to create a dog park may have been the motivation for the poop bag.

"He (Kneier) has not explained why he is doing it. He lives another two blocks from here and could have just have placed it in a trash can," Lao said.

Kneier wrote Lao an apology letter and called the act a mistake.

"For some unknown, unexplained, inexplicable reason, I kind of just flicked it on Phil's walkway over there. I disposed of it improperly," Kneier told Eyewitness News.