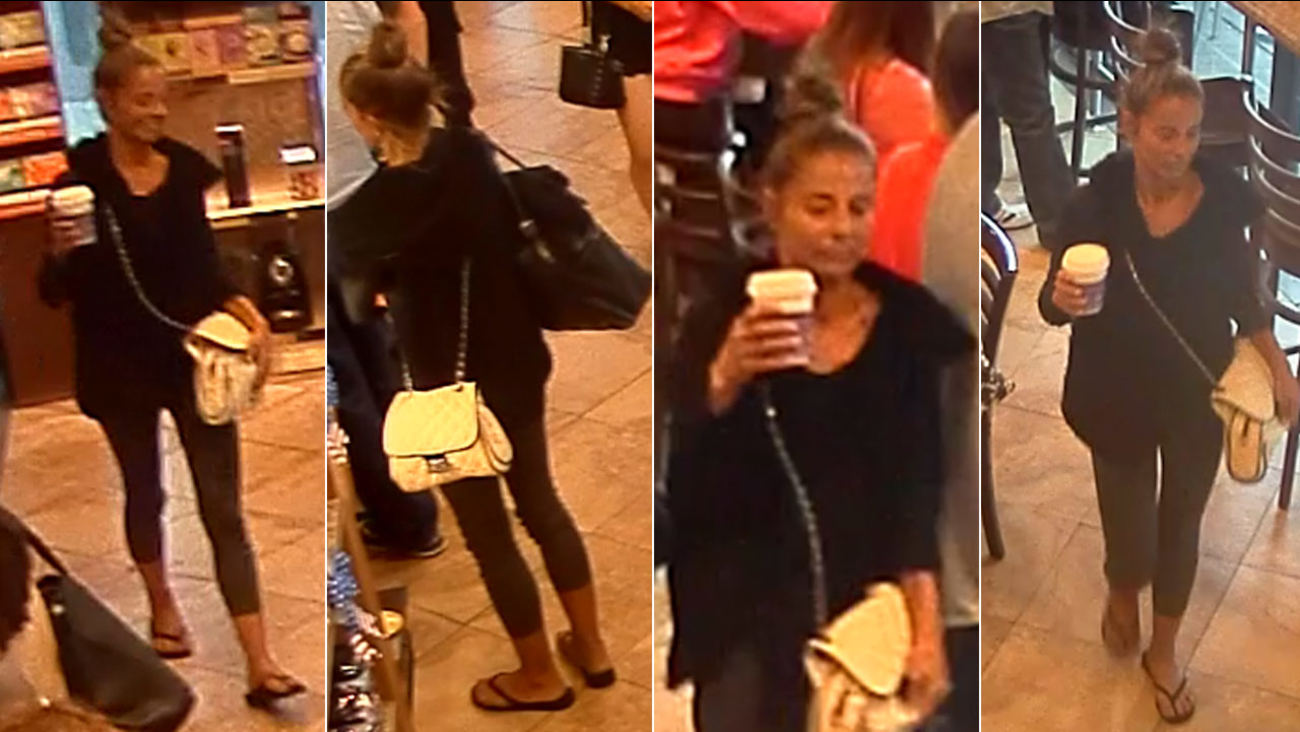 Santa Monica police released these photos of a woman suspected of beating a tourist at a Coffee Bean & Tea Leaf. (KABC)

SANTA MONICA, Calif. (KABC) -- Santa Monica police released photos of the woman wanted in the brutal beating of a tourist at a Coffee Bean & Tea Leaf.

The incident occurred earlier this week in the 200 block of Santa Monica Boulevard.

Barbara Lowy, who was visiting California from New York with her husband, said the suspect grabbed her hair and threw her to the ground before threatening to shoot her with a machine gun.

Lowy's husband punched the woman, who then ran off.

The motive for the attack was unknown, but Lowy said she believes the suspect has mental health issues.

Lowy was transported to an area hospital. She said she suffered a hairline fracture to a vertebrae.