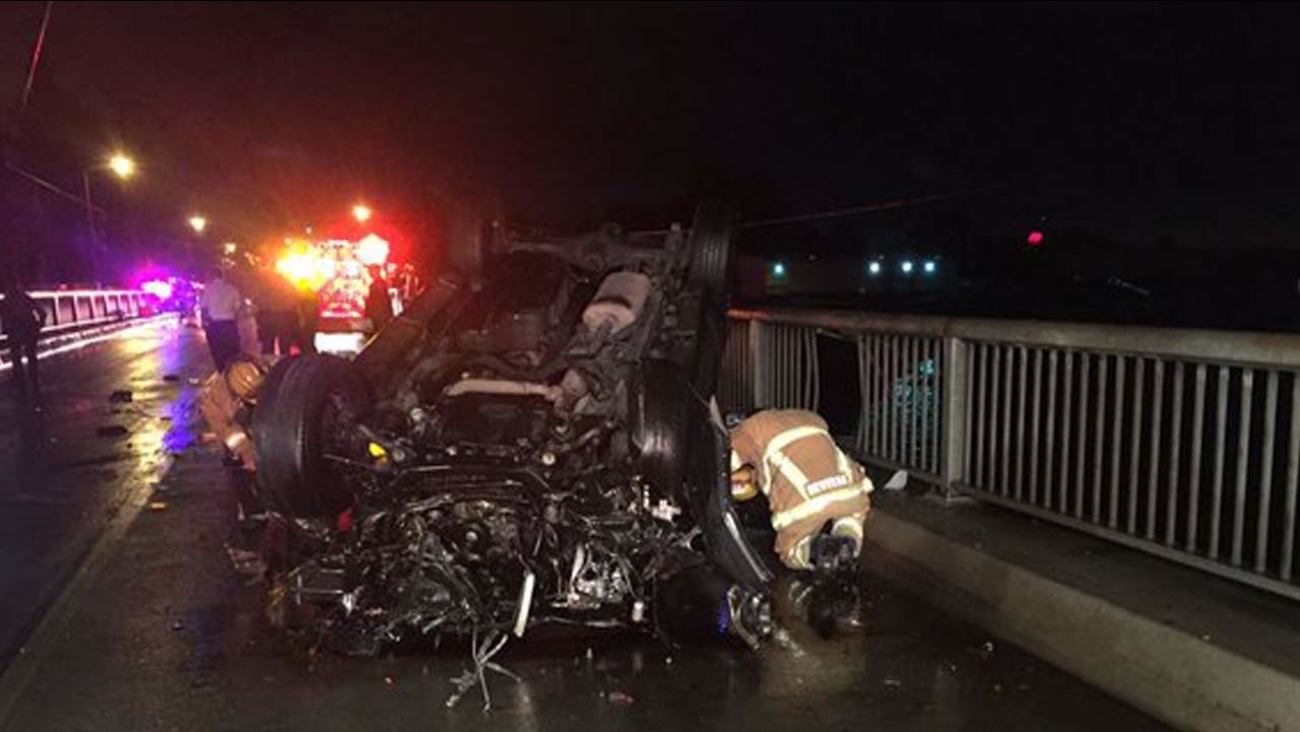 A photo provided by the Orange County Fire Authority shows an overturned vehicle near a river in La Palma on Saturday, Dec. 19, 2015. (OCFA)

LA PALMA, Calif. (KABC) -- The search for a driver who was inside a vehicle that went off the road, through a guardrail and near a riverbed in La Palma Saturday night was called off.

Rescue crews searched for over an hour in the river next to the overturned car around 6:50 p.m. near Walker Street and Fresca Drive.

The Orange County Fire Authority earlier reported the car went into a riverbed, but later stated the vehicle landed on Walker Street and called off the search about two hours later.

The Los Angeles County swift water rescue team was assisting at the site of the crash.

Authorities said they were unsure if slippery roads played a factor. No further details were available.