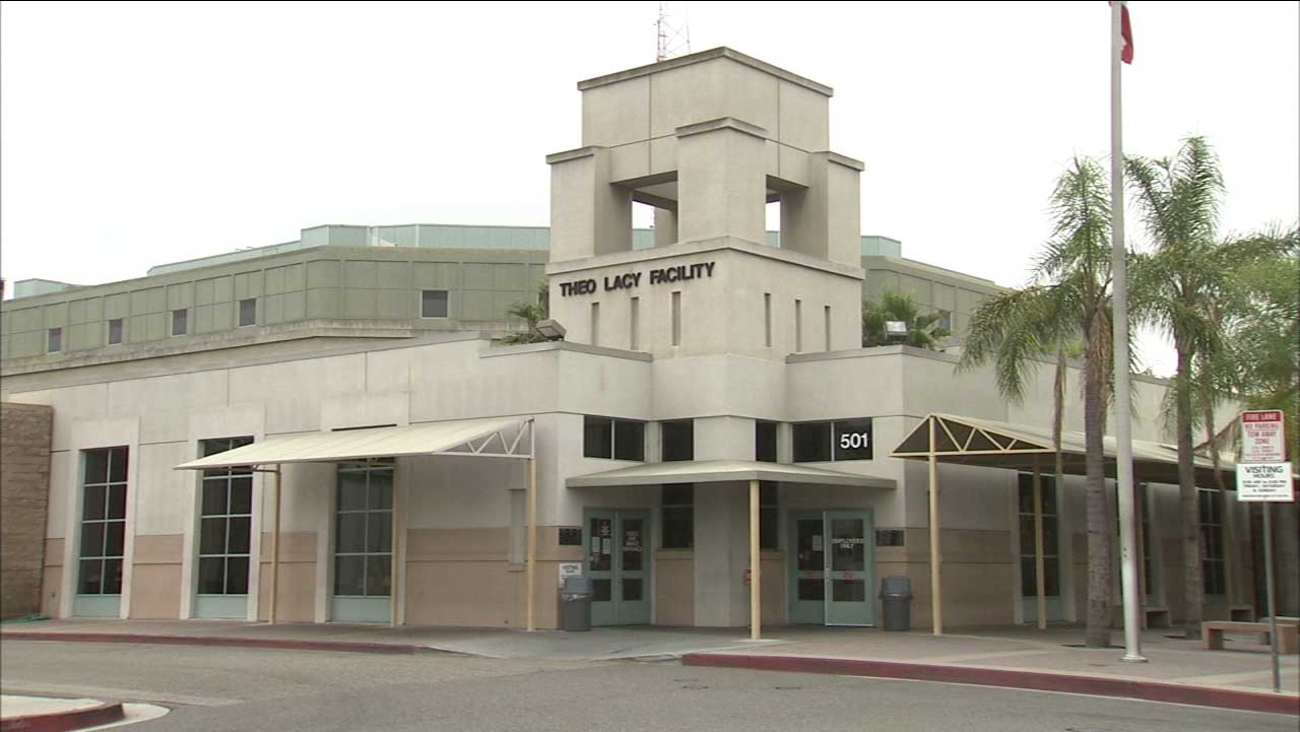 The Theo Lacy Facility in Orange is seen in an undated file photo.

ORANGE, Calif. (KABC) -- An internal government watchdog says it has serious concerns over poor conditions at an Immigration and Customs Enforcement detention facility in Orange County.

The Department of Homeland Security's Office of Inspector General issued a report Wednesday after paying a surprise visit to the Theo Lacy Facility in Orange last November.

The report claims several issues were discovered that could pose health risks, including detainees being served spoiled meat, moldy and mildewed shower stalls, garbage in cells and broken phones. 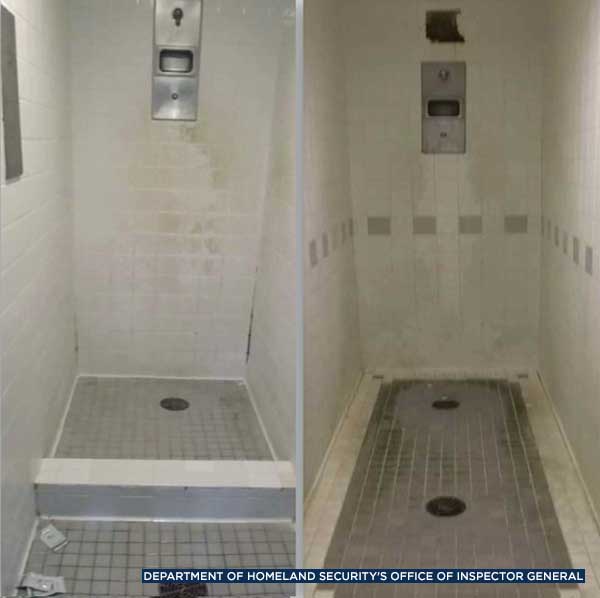 These images show shower stalls at the Theo Lacy Facility in Orange.

"Of deepest concern, when inspecting the refrigeration units, we observed slimy, foul-smelling lunch meat that appeared to be spoiled," the report stated.

The ICE facility houses detainees awaiting deportation or a hearing and is operated by the Orange County Sheriff's Department.

These photos show meat to be served at the Theo Lacy Facility in Orange.

The center has the capacity to house 3,442 males, all with some degree of criminal history. There are currently 528 immigration detainees there, according to ICE.

The inspection also found that the facility was not complying with the ICE detainee classification process, which requires that facilities implement a system to classify detainees based on past criminal convictions, including immigration violations, and other security risk factors.

Detainees of all risk levels were housed in the barracks, against policy specifying that facilities may not mingle low-risk and high-risk detainees, the report stated.

The OCSD responded, saying the department has reviewed the report and all the concerns in it have been addressed.

"They have been addressed and we will continue to ensure that the health and safety of the detainees are our utmost priority," said OCSD Lt. Lane Lagaret.

Meantime, ICE also issued a response to the report stating, in part, the "top to bottom inspection identified several compliance issues related to bathroom cleanliness, food storage, and detainee phone access, all of which were promptly remedied."