KABC
By ABC7.com staff
EAST LOS ANGELES (KABC) -- Students from more than 100 colleges across the country walked out of classes on Wednesday in protest over the results of the Nov. 8 presidential election.

"I saw many of my personal friends and even my own family, they were afraid of many of the things he had spoken about during his campaign and were afraid," Cass Sotomayor, an East Los Angeles College student said. "Even looking at who he's putting into office, who he wants as his advisors, are bringing more and more fear."

"We want to show people that as a community we will unify and will help protect our communities," he continued.

About 200 students peacefully marched along Avenida Cesar Chavez in Monterey Park. Some local high schoolers were believed to have joined the demonstration as well.

East Los Angeles College students had the blessing of their administrators who even provided them with water for their march.

"We want them to make a difference in this world. A positive difference. Anytime the students can come together, come in a peaceful way in order to express what they feel is not right, we're proud of that moment," Marvin Martinez, president of East Los Angeles College said.

At UCLA, nearly 2,000 protesters marched across campus Wednesday afternoon. While many in the crowd spoke in opposition of Trump, some also said they wanted to send a strong message to the Democratic party.

"They need to make sure that Trump's agenda doesn't fully get pushed as far as he wants it to because that's dangerous to a lot of people," protester Sean Doyle said.

Among the participants were those who identify as African-American, Muslim, Latino, children of immigrants, LGBTQ, sexual-assault survivors, disabled individuals, or any oppressed or marginalized group, and those who wanted to support their rights. 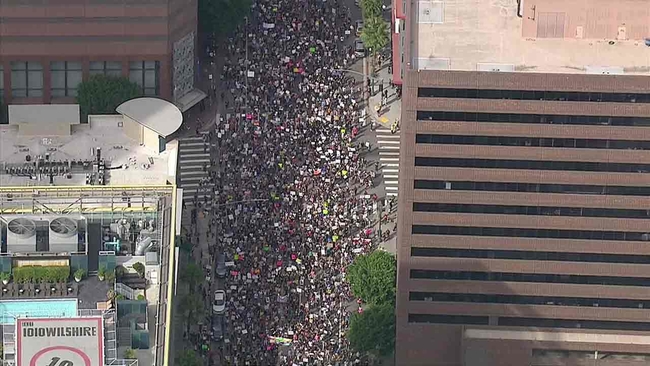 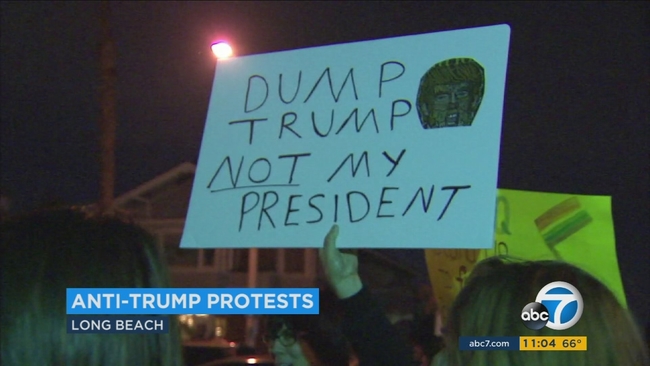 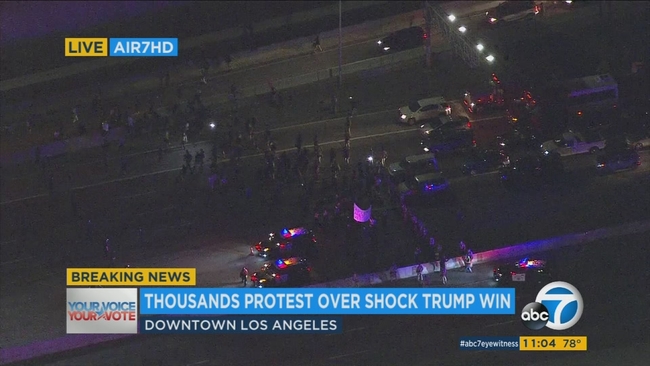