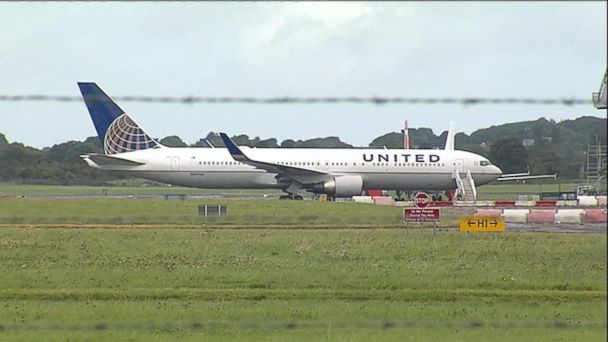 A flight from Houston to London with more than 200 passengers and crew had to make an emergency landing in Ireland after severe turbulence injured a number of those on board.

A spokesperson at Shannon Airport confirmed to ABC News that United Airlines Flight 880 en route from Houston had a medical situation and landed safely this morning. Ambulances were at the scene upon arrival and the injured passengers and crew members were taken to a nearby hospital.

"A total of 12 people were transported to hospital, nine adults and three children," University Hospital said in a statement, adding that the main injuries were "soft-tissue injuries, minor head injuries and lacerations."

One patient is still being assessed and 11 have been discharged, the hospital said. They are on their way back to Shannon Airport to continue their journey to London.