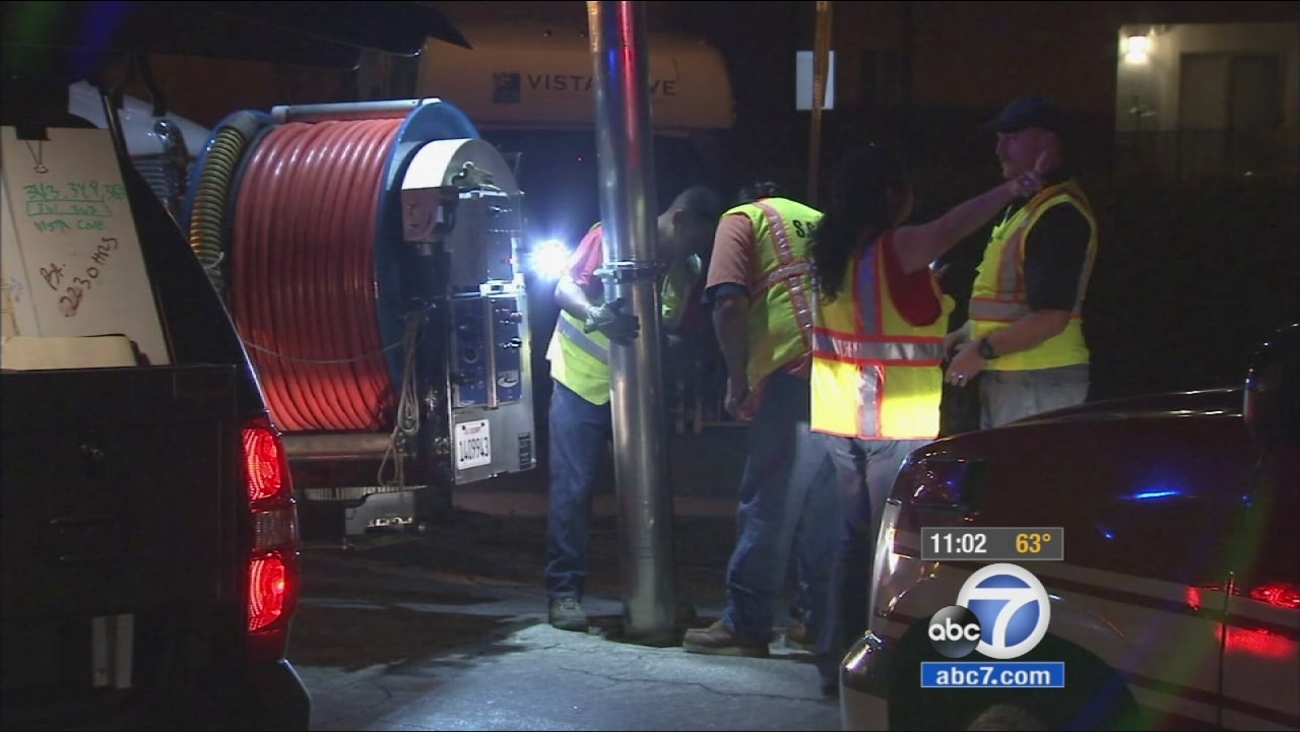 Crews worked to repair a sewer line that broke in San Gabriel on Friday, June 5, 2015. (KABC)

SAN GABRIEL, Calif. (KABC) -- Residents of an assisted living facility in San Gabriel were expected to be evacuated Friday night after a sewer line backed up.

The hazmat incident was reported at about 9:10 p.m. at Vista Cove Assisted Living near Arroyo Drive and Santa Anita Street. Four apartment buildings with 20 apartments were affected.

Eighty-six non-ambulatory patients were inside the facility. A fleet of ambulances arrived in case of evacuations.

Ambulances line the streets outside Vista Cove Assisted Living in San Gabriel after the facility was evacuated because of a sewage back-up on Friday, June 5, 2015.

More than 30 patients were initially moved to the second-floor and were told to shelter in place.

All residents were later to be taken to a sister facility nearby. Ten people were to be moved to a facility in Arcadia.