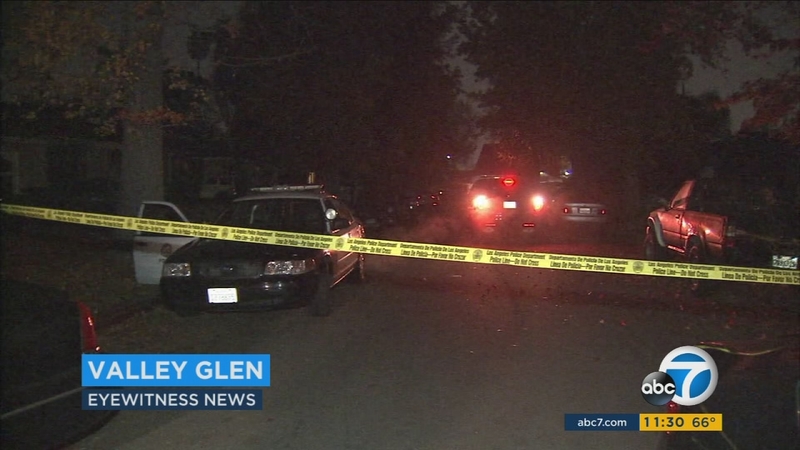 Officers initially responded shortly before midnight to a call of shots fired in the 13000 block of Victory Boulevard, according to a spokesperson for the Los Angeles Police Department's Van Nuys Division.

About 45 minutes later they discovered a man, identified as a 38-year-old North Hollywood resident, suffering from a single gunshot wound in the 13600 block of Sylvan Street, less than a mile away.

Authorities said the victim was found by a passerby, who called police. The victim then wandered to Sylvan Street, leaving a trail of blood in the area.

Firefighter-paramedics pronounced the victim dead at the scene, and his name has not been released.

There was no description for the shooter or shooters other than they fled in a four-door car, police said.

Evidence was obtained that prompted the launching of a homicide investigation, police said.