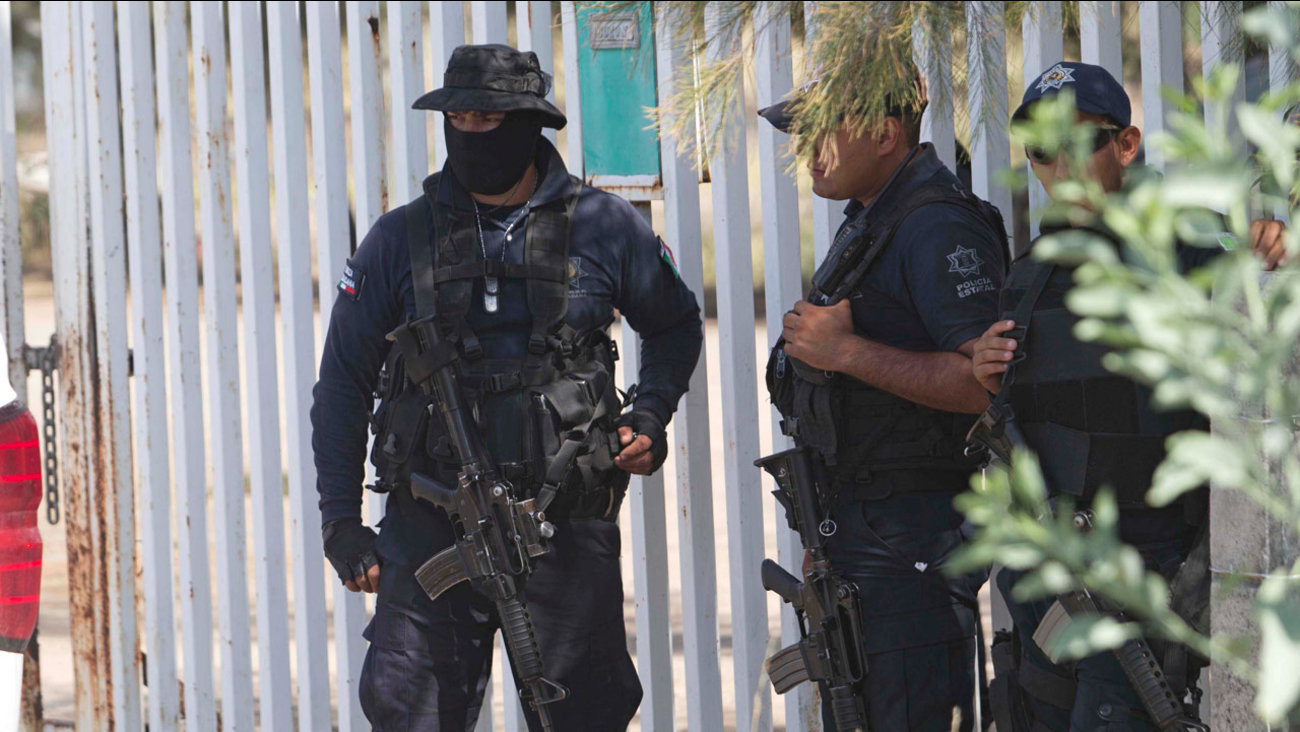 MEXICO CITY -- About 40 people were killed Friday in what authorities described as a fierce gunbattle between suspected drug traffickers and federal forces on a ranch in western Mexico, the deadliest such confrontation in recent memory.

Almost all the dead were suspected criminals, said a Federal Police official, who spoke on condition of anonymity because he was not authorized to talk with journalists. Unconfirmed reports said at least one police officer died.

Few details on the reported gunbattle had been released, but photographs from the scene show bodies, some with semi-automatic rifles and others without weapons, lying in fields, near farm equipment and on a blood-stained patio strewn with clothes, mattresses and sleeping bags.

Video obtained by The Associated Press showed federal police coming under fire and bodies strewn throughout a ranch, known as Rancho del Sol, according to a local police official in the town of Puerto de Vargas. The official wouldn't give his full name to the AP but said his department received a report of the confrontation from fellow police in the neighboring town of Ecuandureo and was told to keep residents calm.

The confrontation started when federal police officers tried to pull over a truck on the highway near the ranch, and as they got close people inside the truck opened fire, Michoacan Gov. Salvador Jara told Radio Formula.

According to an account of events circulated among federal police units, the first report of gunfire came in at about 8 a.m. Friday. The government dispatched special forces and a Black Hawk helicopter as reinforcements.

According to the federal police account, which was not immediately confirmed by top officials, units confiscated dozens of high-caliber weapons and a rocket launcher after the shootout. There were also six burned vehicles that sent huge plumes of black smoke visible to nearby areas.

The confrontation occurred near the border of Michoacan and Jalisco states, an area known as being dominated by the Jalisco New Generation cartel and the scene of numerous incidents of cartel violence in recent years.

The scene of the shootout is close to the community of La Barca, a Jalisco town where authorities in 2013 found more than five dozen bodies in mass graves linked to the Jalisco cartel. In 2014, gunmen killed the mayor of a nearby town, Tanhuato.

While there was no immediate confirmation on the identity of the suspects, Jara told Milenio television that "it was most likely" the Jalisco cartel was involved. The group has mounted several large-scale attacks on federal and state forces in recent weeks.

In April, gunmen believed linked to the cartel ambushed a police convoy in Jalisco, killing 15 state officers and wounding five. Earlier this month, the New Generation cartel shot down a military helicopter with a rocket launcher in Jalisco, killing eight aboard.

In just a few years, New Generation has grown from being an offshoot of the powerful Sinaloa cartel to one of Mexico's strongest criminal groups in its own right, according to the U.S. Treasury Department, whose Office of Foreign Assets Control maintains a "black list" of drug trafficking organizations.

New Generation's quick rise reflects a rapidly changing organized-crime landscape in Mexico as the government targets top leaders of established cartels. More than any other criminal group, New Generation has taken advantage of the strategy to hit the leadership of the biggest cartels, strengthening and grabbing territory as its rivals are weakened.