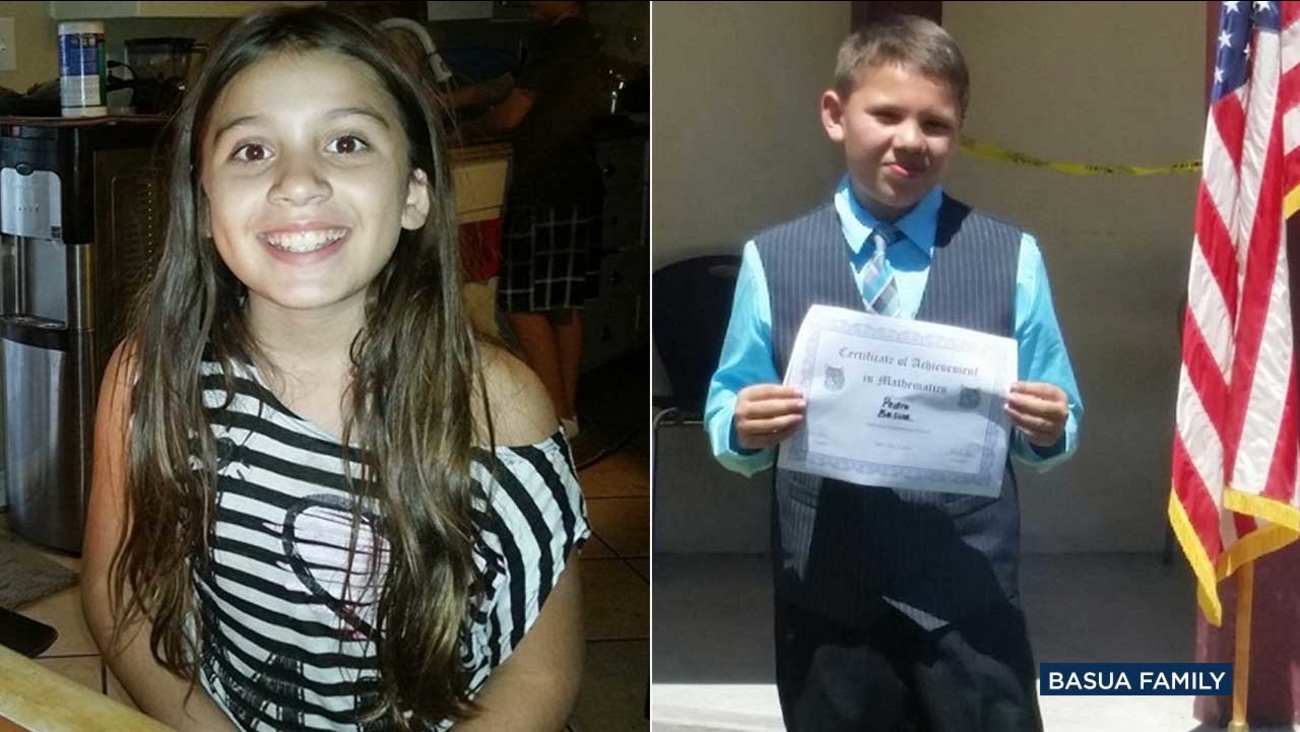 VICTORVILLE, Calif. (KABC) -- A 10-year-old Adelanto girl and her 12-year-old brother were killed in a two-vehicle crash in Victorville.

The wreck was reported Saturday around 8:30 p.m. near the intersection of Mojave Drive and Amethyst Road.

The front of the Taurus collided with the driver's side of the Elantra when both vehicles attempted to cross the intersection, investigators said.

Teresa and Pedro Basua Jr. were pronounced dead at the scene. The 11-year-old juvenile and the two adults were transported to an area hospital to be treated for moderate injuries, according to San Bernardino County sheriff's officials.

Cannon and Amparo were transported to an area hospital to be treated for moderate to minor injuries. Garrett was picked up at the scene by family members.

Sheriff's officials said investigators do not believe drugs or alcohol were involved in the incident.

The crash was under investigation by the Victorville Police Major Accident Investigation Team. If you have any information about this incident, you're urged to contact authorities at (760) 241-2911.
Related topics:
victorvillesan bernardino countyadelantotraffic fatalitiescar crashchildrentraffic accident
Copyright © 2021 KABC-TV. All Rights Reserved.
More Videos
From CNN Newsource affiliates
TOP STORIES