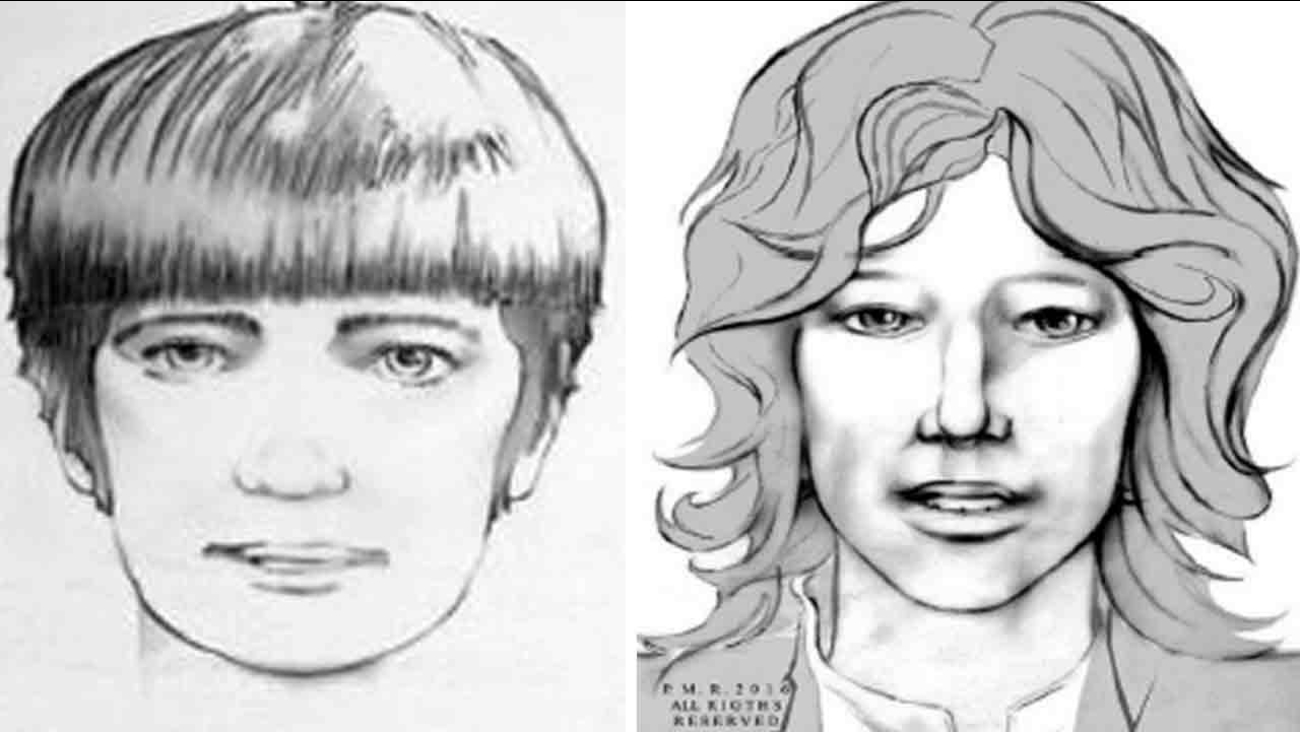 Los Angeles Police Department sketches of two men being sought in connection with a 1969 murder in the Hollywood area.

HOLLYWOOD, LOS ANGELES (KABC) -- More than four decades after the Manson murders, Los Angeles police on Monday were looking for two men in connection with the brutal death of a woman found near the site of one of the killings.

In August of this year, Jurvertson's sister discovered a postcard written by her sibling, dated Oct. 31, 1969, which was 16 days before the her body was found.

An undated photo of Reet Jurvetson, who was found stabbed 150 times near Hollywood in 1969.

The card had her return address as 5311 Melrose Avenue, Apt 306 in Hollywood. The building was once called the Paramount Hotel, but it was demolished in 1989 and a new building has since been erected, according to LAPD investigators.

The card was written in Estonian language. It read:

The weather is nice and the people are kind.

I have a nice little apartment.

I go frequently to the beach.

Please write to me.

The LAPD released sketches of what the sought men would have looked like in 1969.

Detectives interviewed a witness in Canada who remembered seeing Jurvetson with one of the men, believed to be French-Canadian and may have used the name "John" or "Jean" in Montreal at the time.

The second man, who was shorter in stature, sported a short Beatles-type hairstyle. That man could have also gone by the name "Jean."
Related topics:
hollywoodlos angelesmurderinvestigationcold case
Copyright © 2021 KABC-TV. All Rights Reserved.
More Videos
From CNN Newsource affiliates
TOP STORIES
California calls for pause to distributing some Moderna vaccine