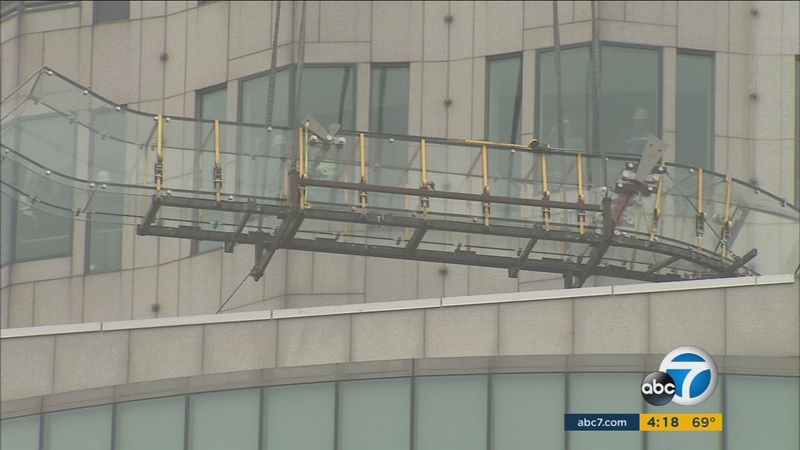 DOWNTOWN LOS ANGELES (KABC) -- The Sky Slide, a new attraction in downtown Los Angeles, was lifted over the city Saturday morning as it was being set up on the 69th and 70th floors of the U.S. Bank tower.

A massive helicopter dangled the clear glass slide over the streets below before it was placed near the top of the tower. The massive project hit a bit of turbulence during its 1,000-foot-high journey. It broke an awning on the building next door and a window was broken on one of the upper flowers of the tower.

John Colosimo's company built the slide and said all in all, the lift was still a success. He said safety has been the No. 1 priority in the project, which has gone through a rigorous testing process.

"Before we brought that thing out here, we loaded it with 10,000 pounds of sand and hung it for an hour. It's pretty robust. I don't see it coming apart," he said.

When it's complete, the Sky Slide will take thrill-seekers from the 70th floor to the 69th. It's part of what will be California's tallest open-air observation deck called the OUE Sky Space.