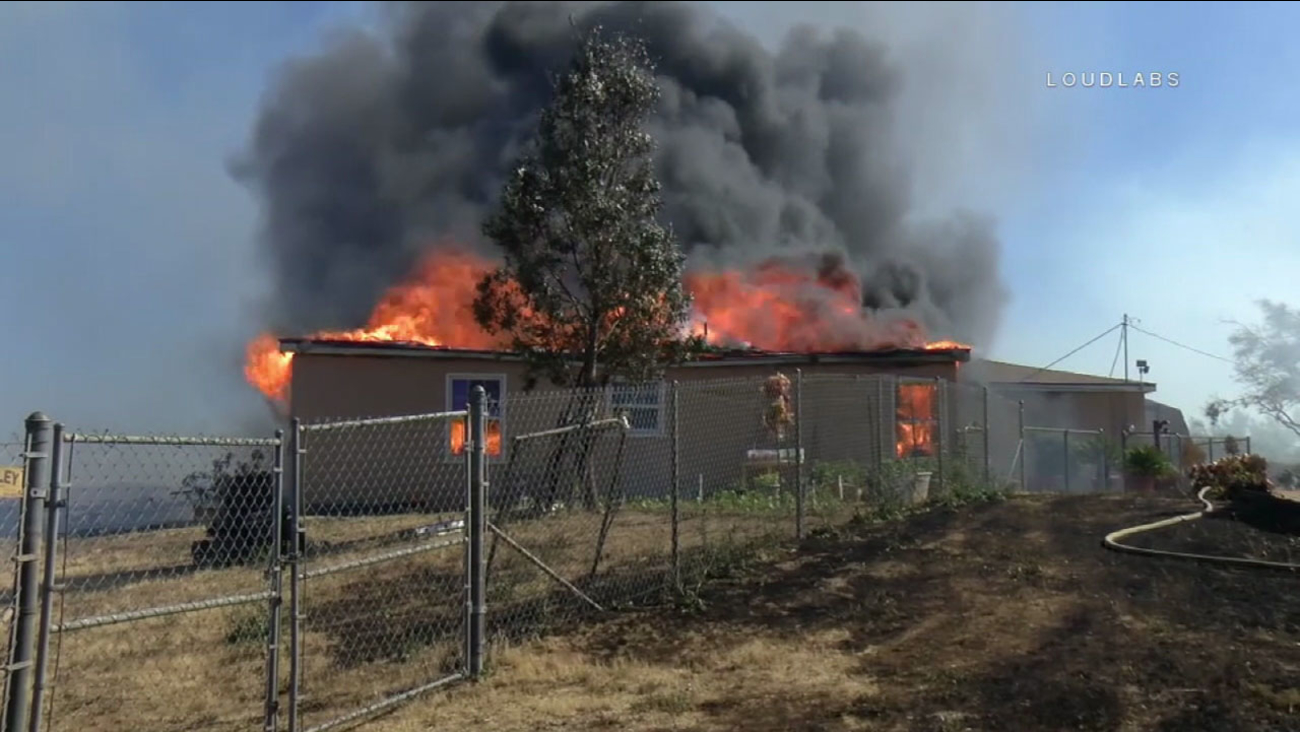 Riverside Fire Department officials said a call regarding the fire came in around 3:30 p.m. in the 6900 block of Jones Avenue.

Firefighter Tim Odebralski said several homes in the area were threatened by the fire. He said voluntary evacuation orders were issued, but no one left their homes.

Cal Fire was assisting firefighters with the blaze. The blaze was knocked down within an hour despite high winds causing some difficulty in the firefight.

Video captured from the scene of the blaze showed at least one structure on fire, but authorities could not confirm that information.

Witnesses at the scene also took videos of the smoke they could see from miles away and the traffic in the area.