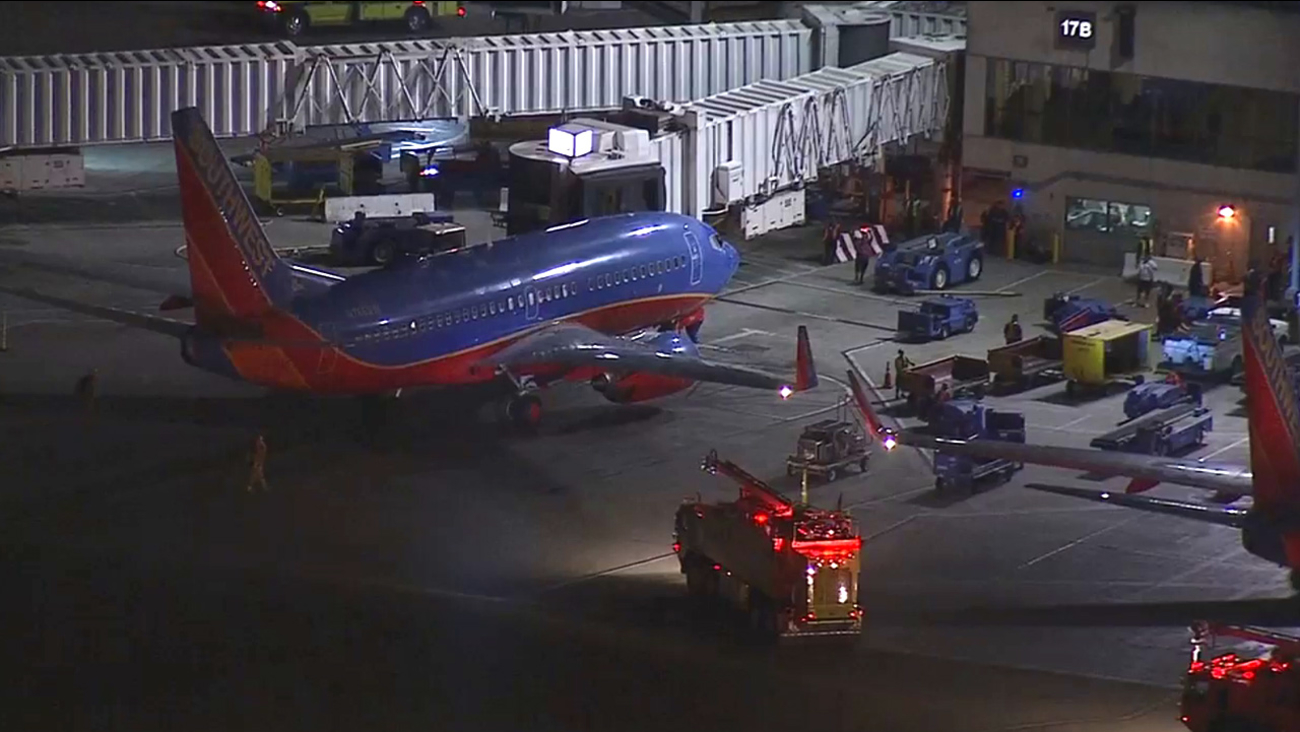 A Southwest Airline plane makes an emergency landing at Los Angeles International Airport on Tuesday, May 26, 2015.

Los Angeles firefighters were called at about 10 p.m. and met Southwest Airlines Flight 1516 on the runway when it landed. Thermal imaging equipment was used to find any unusual heat source emanating from the plane.

No fire was found and the plane was allowed to taxi to the gate.

The Boeing 737 plane originated from San Jose and was headed to San Diego with 77 passengers on board.