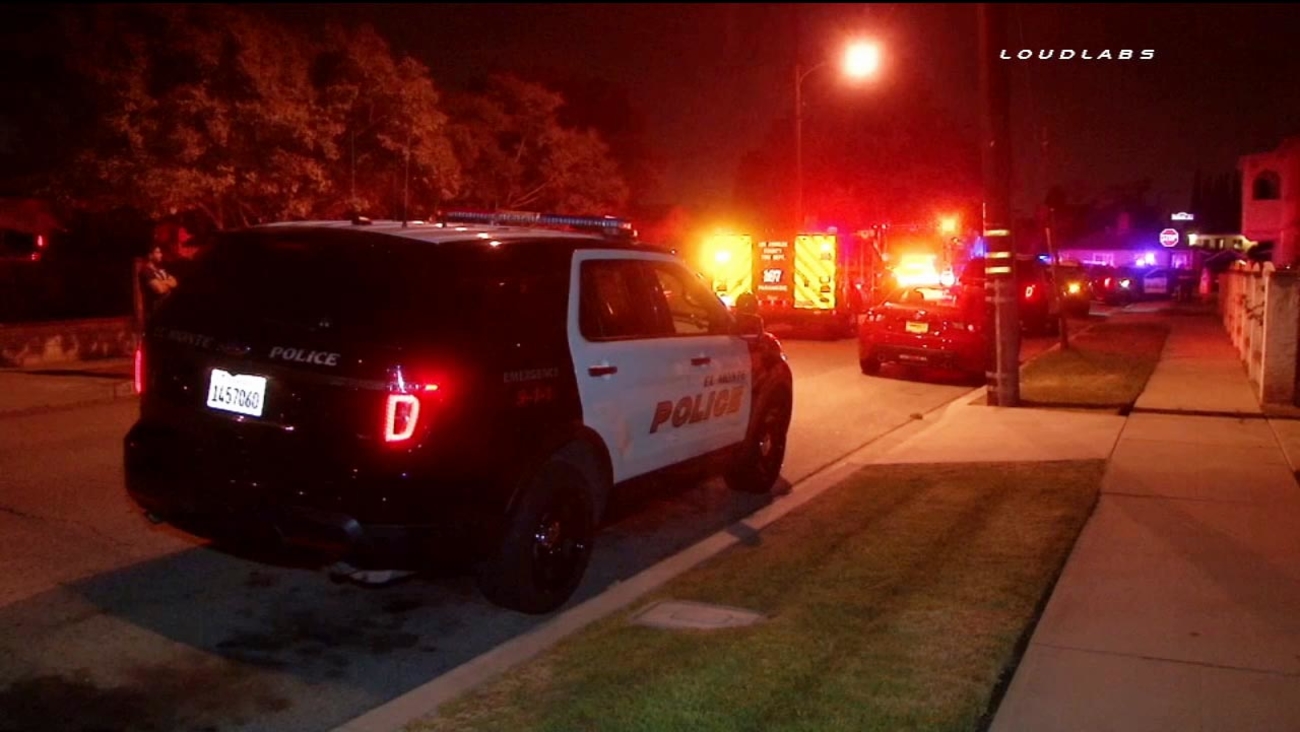 An El Monte police vehicle is shown responding to a shooting and stabbing in El Monte on Monday, Sept. 22, 2015. (LOUDLABS)

At approximately 10:30 p.m. Monday, sheriff's deputies responded to the 11600 block of Rio Hondo Parkway, where a 40-year-old man was shot in the upper torso. He was pronounced dead at the scene.

Shortly before midnight, El Monte police officers were called just two miles away to the 3800 block of Lincoln Avenue, where someone stabbed a man and left him in the street.

That man was taken to the hospital, but his condition was unknown.

Investigators have not released a suspect description in either case.

If you have any information about these crimes, you're urged to contact the Los Angeles County Sheriff's Department's Homicide Bureau at (323) 890-5500. If you wish you remain anonymous, you can call Crime Stoppers at (800) 222-TIPS.
Related topics:
el montelos angeles countylos angeles county sheriff's departmentshootingman shotstabbingpolice
Copyright © 2020 KABC-TV. All Rights Reserved.
More Videos
From CNN Newsource affiliates
TOP STORIES