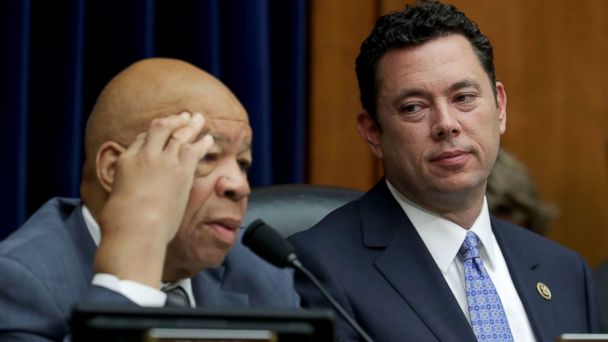 The House Oversight and Government Reform Committee, chaired by Rep. Jason Chaffetz, R-Utah, called the hearing to examine the preservation of State Department records in its on-going efforts to investigate the former Secretary's use of a private server.

Pagliano had previously pleaded the Fifth Amendment in September 2015 when he was called before the congressional committee investigating the attack in Benghazi, Libya that resulted in the death of Ambassador Chris Stevens and three other Americans.

In a letter delivered yesterday to Chaffetz, Pagliano's lawyer Mark MacDougall indicated that Pagliano would continue to assert his Fifth Amendment rights and would not be appearing at the hearing.

"As the committee is well aware, Mr. Pagliano fully cooperated with the Department of Justice, subject to a limited grant of use immunity. Any effort to require Mr. Pagliano to publicly appear this week and again assert his Fifth Amendment rights before a committee of the same Congress, inquiring about the same matter as the Benghazi Committee, furthers no legislative purpose and is a transparent effort to publicly harass and humiliate our client for unvarnished political purposes."

The lawyer also complained that the subpoena was served just two business before the required appearance.

Rep. Elijah Cummings, D-Maryland, agreed with the political nature of the hearing -- the third in four days related to Clinton emails -- saying, "I believe this committee is abusing tax payers' dollars and the authority of Congress in an astonishing onslaught of political attacks to damage Secretary Clinton's campaign for President of the United States of America. This is the first time in my 20 years in Congress that I have personally witnessed the oversight power of this committee abused in such a transparently political manner to directly influence a presidential campaign."

Cummings went on to point out that the FBI had already examined the same issues before the committee. "The point of today's hearing is to investigate baseless Republican accusations that Secretary Clinton or her aides ordered the destruction of emails to conceal them from investigators. The most important fact for today's hearing is that the FBI already investigated these accusations and thoroughly debunked them."

Chaffetz was displeased with the Pagliano no-show, saying it was unacceptable. "When you are served a subpoena from the United States Congress it is not optional. That is not an optional activity and he is not here today."

As to what the consequences could be, Chaffetz said, "I will consult with counsel and my colleagues on the committee to consider a full range of options available to address Mr. Pagliano's failure to appear."

One of the options available to the committee is contempt of Congress.